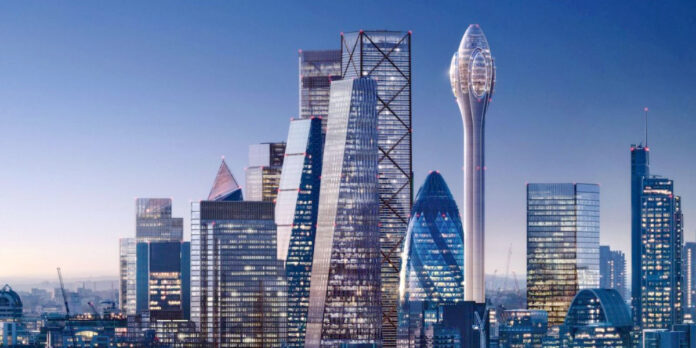 Sadiq Khan has trashed plans for the Tulip tower.

Despite proposals for the new skyscraper being approved by the City of London Corporation this April, the Mayor of London has stepped in to veto the project.

City Corporation planners had hailed the design as “truly unique”, but Mr Khan said a number of concerns raised in a London Review Panel report meant the 1,000ft tower – the proposed site of which was close to the Gherkin on Bury Street – would harm the skyline.

The panel argued that the Tulip “does not represent world class architecture, it lacks sufficient quality and quantity of public open space, and its social and environmental sustainability do not match the ambition of its height and impact on London’s skyline”.

A spokesperson for the Mayor of London said Mr Khan “has a number of serious concerns with this application and having studied it in detail has refused permission for a scheme that he believes would result in very limited public benefit”.

And in response to the news, London Assembly Member for the City & East, Unmesh Desai AM, said: “I am pleased to see that the Mayor has listened to the objections that I and many others have made and refused to grant planning permission for this development.

“I made my opinions clear in the original objection letter I sent to the Mayor that I felt the building would have constituted a ghastly blight on London’s skyline, and more importantly, would have been of detriment to the Tower of London World Heritage Site.

“The potential negative impact that such a development could have on one of the most iconic historical sites not only in my constituency, but in the whole country, has been clearly acknowledged by City Hall.

“Further to this, the Mayor has rightfully acknowledged the aesthetic inadequacies of the building itself and I hope that if the developer were to appeal this decision, that this would also be refused.”