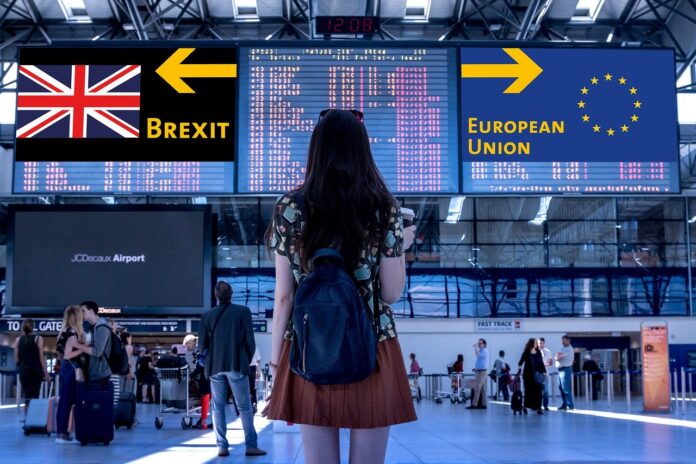 Brits who want to keep the rights they had as EU citizens should have ‘associate’ membership of the bloc, Sadiq Khan says.

The Mayor of London was in Brussels to meet European top brass to discuss his concerns about Brexit.

Mr Khan says he is “heartbroken” that Britain has left the EU, and worries that pro-European Londoners will be most affected by Brexit.

Some 60% of Londoners voted to Remain, compared to just 48% of the country.

And the Mayor wants associate membership for Brits to be “at the heart” of the next phase of negotiations between the EU and the British government.

He said: “The Prime Minister says his job is to bring the country together and move us forward.

“I cannot think of a better way of reconciling the differences between British voters who wanted to leave, and the millions of Londoners and British nationals who still feel and want to be European.”

Mr Verhofstadt, a vocal opponent of Britain’s exit from the EU, said he supports the Mayor’s plan.

He said the fact that “the UK government” wanted Brexit to happen should not mean individual citizens lose their link to Europe.

But back in London, Mayoral candidates branded Mr Khan’s campaign “cynical”, “too little too late” and “only a sound bite”.

Conservative Shaun Bailey said Mr Khan should be in the capital dealing with violent crime – and needs to “focus on his job”.

He said: “We’ve had three teenagers stabbed over the weekend – one is fighting for his life.

He added: “This is a cynical tactic. He has absolutely no power to deliver what he’s asking for but yet at the same time he’s terrorising EU citizens.

“If you’re an EU citizen in this country, the Prime Minister has said you’re welcome to stay here and they’ll help you stay here.”

Liberal Democrat Siobhan Benita, who joined her party in the wake of the Brexit referendum, said the Mayor’s action was “too little, too late”.

She said: “Londoners would still be in the EU if his Labour party had supported the Lib Dems in their unequivocal opposition to Brexit.

“I didn’t wait until there was an election looming to visit Brussels and fight for Londoners’ rights.

“Back in autumn I travelled there to meet Guy Verhofstadt and other officials and suggested a London Visa, which would be compatible – and deliverable – under the government’s proposed points-based system.”

And Green candidate Sian Berry accused the Mayor of campaigning for a “fudge” that cannot be a reality.

She said: “The simplest and fairest way for UK citizens to keep hold of their rights is to campaign for a Brexit where we stay in the single market and keep freedom of movement for everyone.

“A scheme like this risks being another way for the richest being able to buy rights and the poorest being locked out.

“With this, the current Mayor is electioneering and playing on our hopes for close ties to Europe but not being practical.”

Independent Rory Stewart – who was kicked off the Conservative benches while he was an MP for voting to block a no-deal Brexit – agreed that Mr Khan’s proposals “cannot work”.

He said: “The Mayor has a responsibility to produce a much more detailed position on Brexit that protects London.

“I have such a plan, and if I were Mayor I would be focused on making detailed arguments about a future immigration system, as well as service agreements to keep London as close as possible to Europe.

“I would win these arguments with the government and with Brussels with evidence not sound bites.”

The London Mayoral election is on 7 May.