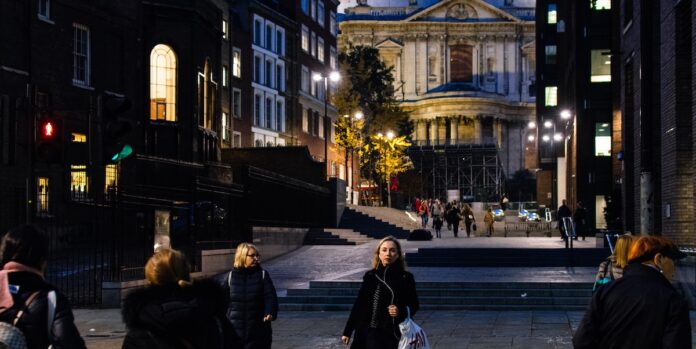 Residents, visitors and late-night businesses in the City of London and Hackney are being encouraged to “Reframe the Night” as part of a collaborative poster and social media campaign to prevent harassment on nights out during the festive season.

The Reframe the Night campaign, led by the City of London Corporation, Hackney Council and Good Night Out, challenges some of the common myths about harassment in night-time spaces.

The scheme sees posters displayed in pubs, clubs, bars, and cafés, promoting a safer and more inclusive night-time environment, and including information on how to report harassment and to seek support if you have been affected.

Good Night Out, an independent organisation which works with bars, clubs and student unions to help them better understand and respond to sexual harassment in their venues, has developed the messaging – drawing from their extensive research and experience in tackling sexual harassment in night-time spaces.

In one example, the messaging ensures the onus is on the perpetrator and tackles the damage culture of victim-blaming.

Alongside the campaign, training has been funded through the Late-Night Levy to be delivered by Good Night Out Campaign. It will be offered to licensed venues signed up to the City Corporation’s Safety Thirst Scheme and will run in February 2020, raising awareness of how licensed venues should respond to sexual harassment, and ensuring victims receive appropriate care and support.