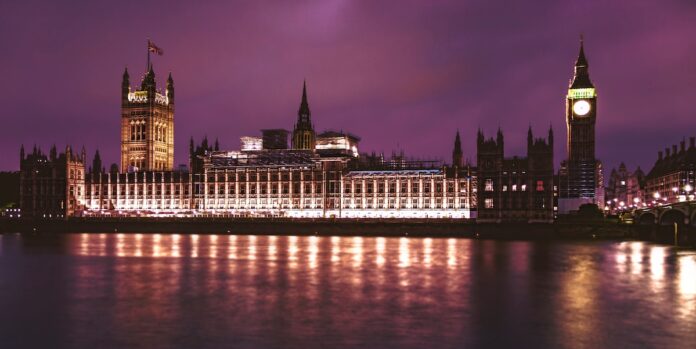 Britain will hold a General Election on December 12 to elect new MPs and a new government. The run up to the election is a time of intense campaigning for candidates and political parties – but local government must also operate under special restrictions.

This period is known as purdah, and it affects the work that gets done in your local community. Here’s what it means for you.

Purdah is an Urdu word meaning “veil” or “curtain” – and it’s often used to refer to the period of restrictions before an election. This pre-election period is normally the five weeks before voters go to the polls. For the General Election, purdah began on Thursday 7 November.

The idea is that local government should not spend public money in a way that might impact the outcome of the election. This restricts the work that civil servants employed by local government can do – including public consultations and policy announcements, meetings of elected officials, and communications from press teams.

How does purdah affect London?

There are two tiers of local government in London – borough councils, and the Greater London Authority, made up of the Mayor and the London Assembly. Both are under restrictions during purdah – but its up to each individual authority to decide how it will comply with the pre-election period.

The Mayor of London

Sadiq Khan is the Mayor of London, and he will still represent the city in that role in the run up to the election.

However, the Mayor can not use the civil servants at City Hall to encourage voters to back Labour – this means he won’t be announcing new policies that could be politically controversial. Mr Khan is free to campaign for Labour in a personal capacity – and he will likely play an important role in securing votes for his party across the Capital.

The London Assembly is the group of 25 elected members that holds the Mayor of London to account. During purdah, it will not hold any of its usual meetings – this means that committees scrutinising transport, policing, planning, the London economy, and other topical issues will not sit. London Assembly members are free to campaign for their parties in the run up to the General Election – indeed, three members have already been selected as parliamentary candidates.

Florence Eshalomi, Assembly member for Lambeth and Southwark, is fighting to replace Kate Hoey as the Labour MP for Vauxhall.

Gareth Bacon, London Assembly Conservative group leader and the member for Bexley and Bromley, will aim to replace Jo Johnson as MP for Orpington.

There are 32 local councils in London, as well as the City of London Corporation. The boroughs will still hold meetings in the run up to the election, discussing issues like education, planning, and social care – but they will also be operating under restrictions.

Again, this means they won’t launch new policies that might impact voters. It could also impact local campaigns they’re running if they are politically controversial. Councillors themselves are free to campaign for their parties and make political statements – they just can’t use public money to do it. Many councillors are running as parliamentary candidates, including the leaders of Westminster and Havering councils.

When does purdah end?

The restrictions on local government end after the General Election, when a new government is formed. The election will be on December 12.