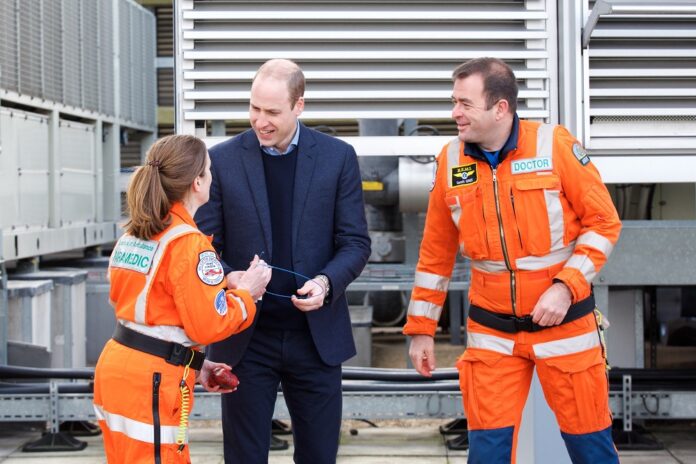 The Duke of Cambridge has become patron of London’s Air Ambulance Charity.

The charity funds London’s Air Ambulance to bring the hospital to the scene, delivering cutting-edge medical care when every second counts.

Last year, The Duke was Patron of the charity’s 30th anniversary campaign, during which he flew with the crew and met staff and patients from the service.

Through this experience and his own work as an air ambulance pilot, The Duke has seen first-hand the impact of rapid response treatment for the most critically ill patients.

London’s Air Ambulance has a world class reputation for delivering pioneering treatment at the roadside, delivering urgent care to the 10 million people who live and work in London.

The London Ambulance Service NHS Trust provides the paramedics and the emergency infrastructure to dispatch the service 24 hours a day. 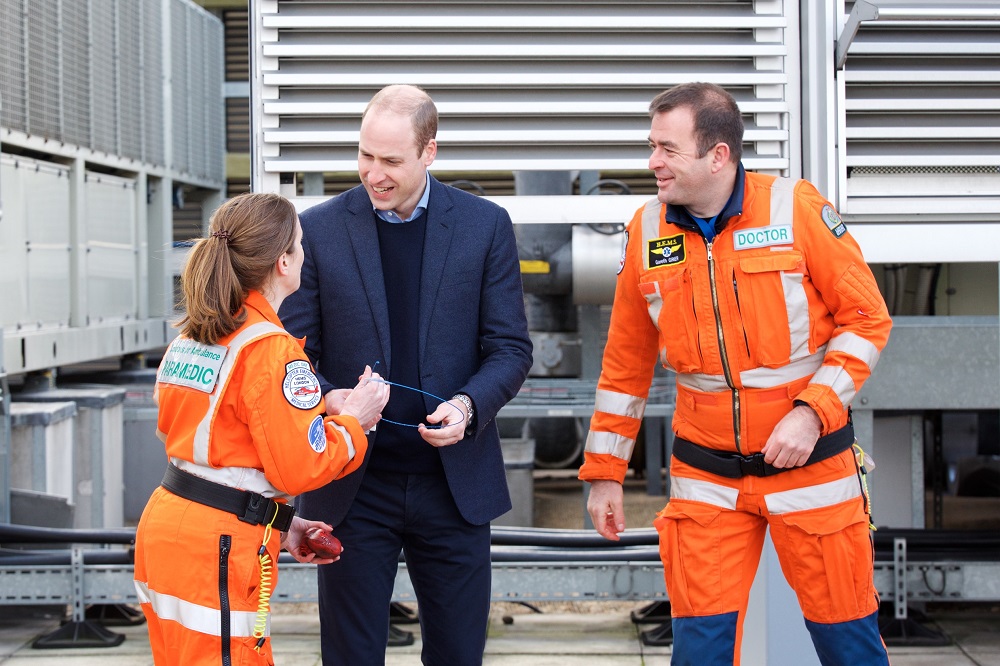 Thanks to The Duke’s support in 2019 at events including the charity’s 30th Anniversary Dinner and the Kings Cup Sailing Regatta, London’s Air Ambulance Charity was able to boost awareness efforts and reach several key milestones in its 30th anniversary campaign.

London’s Air Ambulance was founded in 1989 and has treated over 40,000 critically injured people to date. Crews have attended most major incidents in London including 7/7, the Grenfell Tower fire and recent London Bridge terror incident.

In 2019, the helicopter and rapid response cars took an advanced trauma doctor and paramedic to 1,730 patients whose lives were on the line, at a cost of £2,080 to make each mission happen.

“We know that with his help, as well as the continued support of the public, our crews can reach those who need them most – serving the people of London 24 hours a day, every day of the year.”

Medical director Dr Tom Hurst added: “We are grateful to The Duke of Cambridge for backing us on our mission to save more lives in London.

“Critical injury from road traffic incidents, falls from height, assaults and other injuries are the biggest killer of people aged under 40, however our advanced trauma doctor and paramedic teams are dedicated to saving patients whilst developing the potential of pre-hospital emergency medicine.”