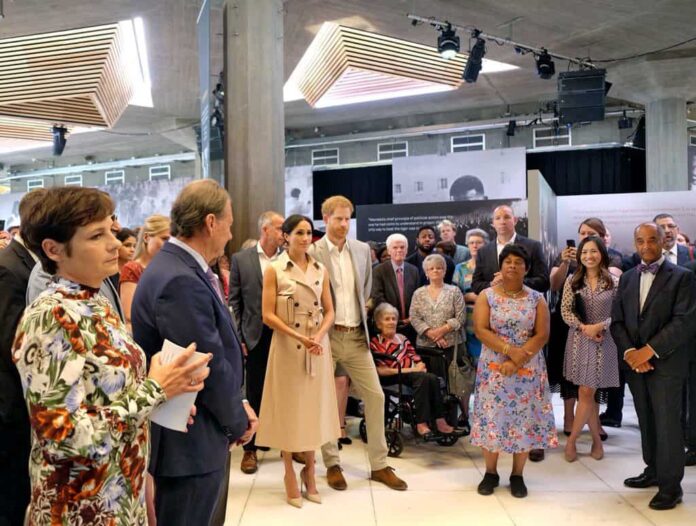 The Duke and Duchess of Sussex were among the first to visit a new Southbank exhibition paying homage to the life and achievements of Nelson Mandela.

The royals were greeted by Lord Peter Hain, chairman of the Nelson Mandela Centenary Committee, and Southbank Centre chief executive Elaine Bedell before meeting Mandela’s granddaughter Zamaswazi Dlamini-Mandela and activists who worked alongside Mandela to move South Africa past apartheid during its turbulent 20th century.

The Duke and Duchess view some of the items in the exhibit, including the Robben Island Bible – which was actually a copy of Shakespeare plays disguised as a Bible. @Mandela100UK pic.twitter.com/EKyU8gYzbi

Nelson Mandela: The Centenary Exhibition, which is curated by South Africa’s Apartheid Museum, the British Anti-Apartheid Movement Archives and the Southbank Centre, opened on Tuesday and runs through August 19.

The couple were invited because of Harry’s long-running association with a number of charities in South Africa. He has visited a number of sites associated with Mandela, including his prison cell on Robben Island in 2008, where he was imprisoned for 18 years, and the statesman’s offices, where he met his widow Graca Machel, in 2015.