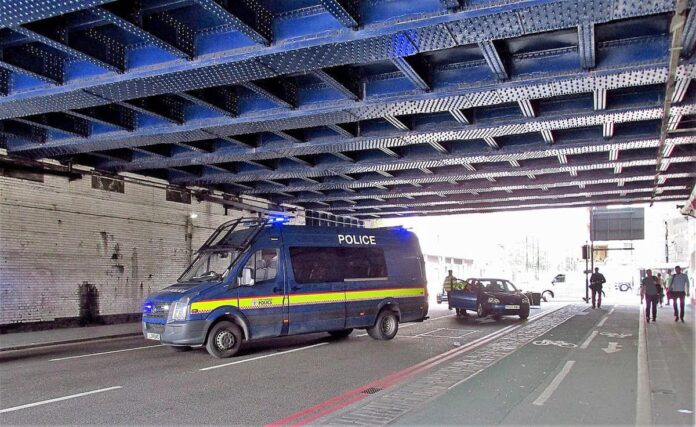 POLICE in the Square Mile stopped 14 vehicles last week in a day of action against uninsured drivers.

The operation – codenamed ‘Drive Insured’ – ended with the seizing of three cars for uninsured drivers and an extra motorist made to purchase insurance by the roadside.

PC Helen Taylor, from the force’s transport and highways team, said: “Today’s operation has been a great success. Our proactive action has resulted in four uninsured cars being taken off the roads, making them a safer place for all who use them.

“It’s extremely important for us to send a message to people who are uninsured, or who do not maintain their vehicles, that they will be dealt with robustly.”

Police conducted the operation by utilising new CCTV technology around the City, which allows them to read around 120,000 number plates per day.

The operation follows the release of statistics from the Motor Insurers’ Bureau (MIB) in August, which showed claims from collisions with uninsured drivers increased by 21% in the 12 months previous.

The MIB has been working with police to tackle uninsured drivers on Operation Drive Insured.

Neil Drane, head of enforcement services at MIB, said: “By working in partnership and collaborating in this way we are determined to reduce uninsured driving numbers in the UK.

“Nationally, we have managed to reduce the estimated total number of uninsured drivers from two million in 2005 to one million now.

“However, this figure is still too high and is a burden on all honest motorists.”