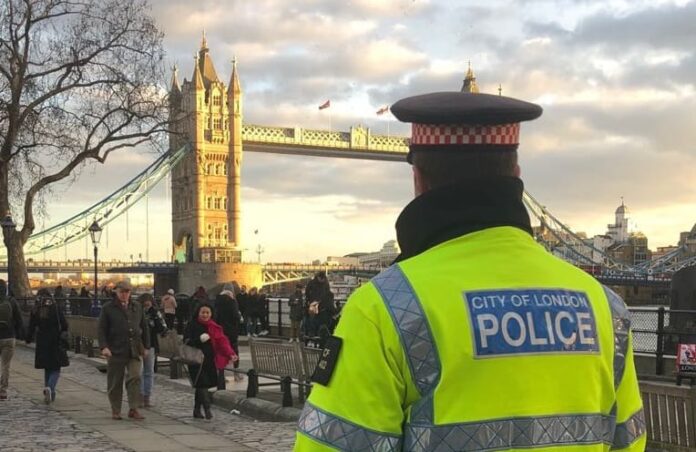 On a random Wednesday afternoon last July, officers from the City of London Police pulled up on the northern side of London Bridge and began conducting vehicle checks.

It was roughly six weeks after terrorists claimed the lives of eight people and injured 48 others just several yards from the checkpoint, so the reaction from pedestrians and motorists was, quite understandably, rather skittish.

The officers’ job was to determine if this was general anxiety over police presence, perhaps borne of a heightened threat following four successive terror attacks in Manchester, Westminster, London Bridge and Finsbury Park in recent months, or something more sinister, like planning another one.

This is the primary aim of Project Servator, a City Police pilot programme that trains officers in behaviour analysis to identify individuals looking to target the Square Mile for terrorism and wider crime, which celebrated its fourth anniversary last week.

As two of Servator’s most senior officers, communities and business engagement director Matt Hone QPM, and superintendent Helen Isaac, have plenty of celebrate. Over the last four years they have facilitated deployments that resulted in more than 500 arrests, 233 vehicle seizures, and 174 drug warnings being issued.

And as with any success story, others have been quick to jump on the bandwagon. At last count 10 police forces have adopted Project Servator into their policing strategy, among them the Met and British Transport Police, and there is a national team delivering more training up and down the country.

In the City, operations have had knock-on effects in other areas, most notably drug-related crime, with more than 150 arrests for dealing and seized quantities of amphetamine, LSD, cannabis, cocaine, MDMA and heroin.

It’s the moment you’ve all been waiting for!

In at number 1⃣ on our countdown is this photo our officers took while on a random deployment that led to a drug bust. It’s just one of 150 arrests for drug dealing in the City that have been a direct result of #ProjectServator 🚔 pic.twitter.com/RpCx8KpH2H

“The whole tactic was around countering terrorism but it does have a ripple effect on other crime types… the things that [officers] look for in the behaviour of that person are the same no matter the offence,” Helen says.

“If someone is loaded with drugs and false ID documents and cash, the pressure and anxiety that person is under is going to make them stick out like a sore thumb.”

Servator deployments are made up of plain clothes officers trained to blend in and identify people who might be stressed or anxious working in tandem with uniformed officers and police dogs who engage with the public and maintain a highly visible presence.

Individuals displaying signs of odd behaviour are approached using expert conversation tactics designed to elicit information and determine whether a person has something to hide. If officers have reason to be suspicious, they employ their stop and search powers.

Morning. You will see more @CityPoliceCops on the streets today. Don’t be shy, come and have a chat to our officers! #ProjectServator #LordMayorsShow pic.twitter.com/FgTbevSK18

Matt acknowledges the tensions around stop and search as a policing tactic, but adds that the introduction of the behaviour analysis element has meant the searches performed under Servator have more than tripled in efficacy.

“Normal stop and search success rates are around 20%, which is considered very good,” he says.

“[Servator’s] success rate for stop and search is up around 60% to 70%, and we’re seeing that figure replicated around the country.”

He shuts down any suggestion that Servator officers target individuals based on their race or ethnicity, pointing out that the majority of their searches in the City are conducted on white Europeans, but says their success helps build the case for more training.

“If we can push that stop and search result up, then we can say ‘look, it is working, we are stopping the right people’.”

How many of those people were potential terrorists it is impossible to say, and both Helen and Matt are the first to admit “we don’t know what we’ve destructed”.

But Helen is adamant the tactics are more responsive to the modern threat of terror, particularly when compared with Ring of Steel measures introduced following the Provisional IRA bombings in the early 1990s.

This security cordon made up of road barriers, checkpoints, CCTV cameras and 24/7 patrols around the Square Mile was designed to stop terrorists planting large scale car bombs, but now the focus is on people on “hostile reconnaissance” missions.

“These attacks are not random,” she says. “For many of them, this is best thing they are ever going to do in their lives so they need to know with a great deal of certainty that they are going to be successful.

“The more detailed the attack, the more information is required so our aim is to remove that information.”

The next stage of Project Servator will be enlisting the help of private security staff, who account for around 50% of reports of suspicious behaviour into Project Servator. The force is currently developing training packages to help security staff identify those conducting research for terror purposes and respond appropriately.

“We know there are some very talented people out there in the security industry,” Matt says. “The next stage will be about tapping into that resource.”

They are also looking to ramp up engagement with the public in what Matt is calling “community policing on steroids”.

“The police have got a finite amount of resources,” Matt says. “We need the community on side as well.”