The formidable poet and musician, James Massiah, talks to us about his style, why poetry is an exercise in psychotherapy and why he hopes his words will always be relevant.

How did you know you wanted to get into poetry?

I never thought of poetry as being something to get into, as such, rather just something that you did or maybe didn’t do. It was always there and I didn’t think of it as this distant, inaccessible or archaic thing it was just putting words together in an interesting way, which was happening around me all the time anyway through sermons in church, cyphers in the playground, jokes in class, English lessons and so on. ​​

How do you describe your sound and how do you keep your words relevant?

I like to call it party poetry but equally funk poetry or house poetry works too. Poems about the body and what the body does and wants to do. The places where those poems want best to be told.

I think relevance is an interesting concept. I suppose it’s a question of who it’s relevant to. My poems will always be relevant to me and I think that’s a good place to start. I hope that they’re relevant also to others and hope they will be for a long time to come.

What topics do you tend to cover most? 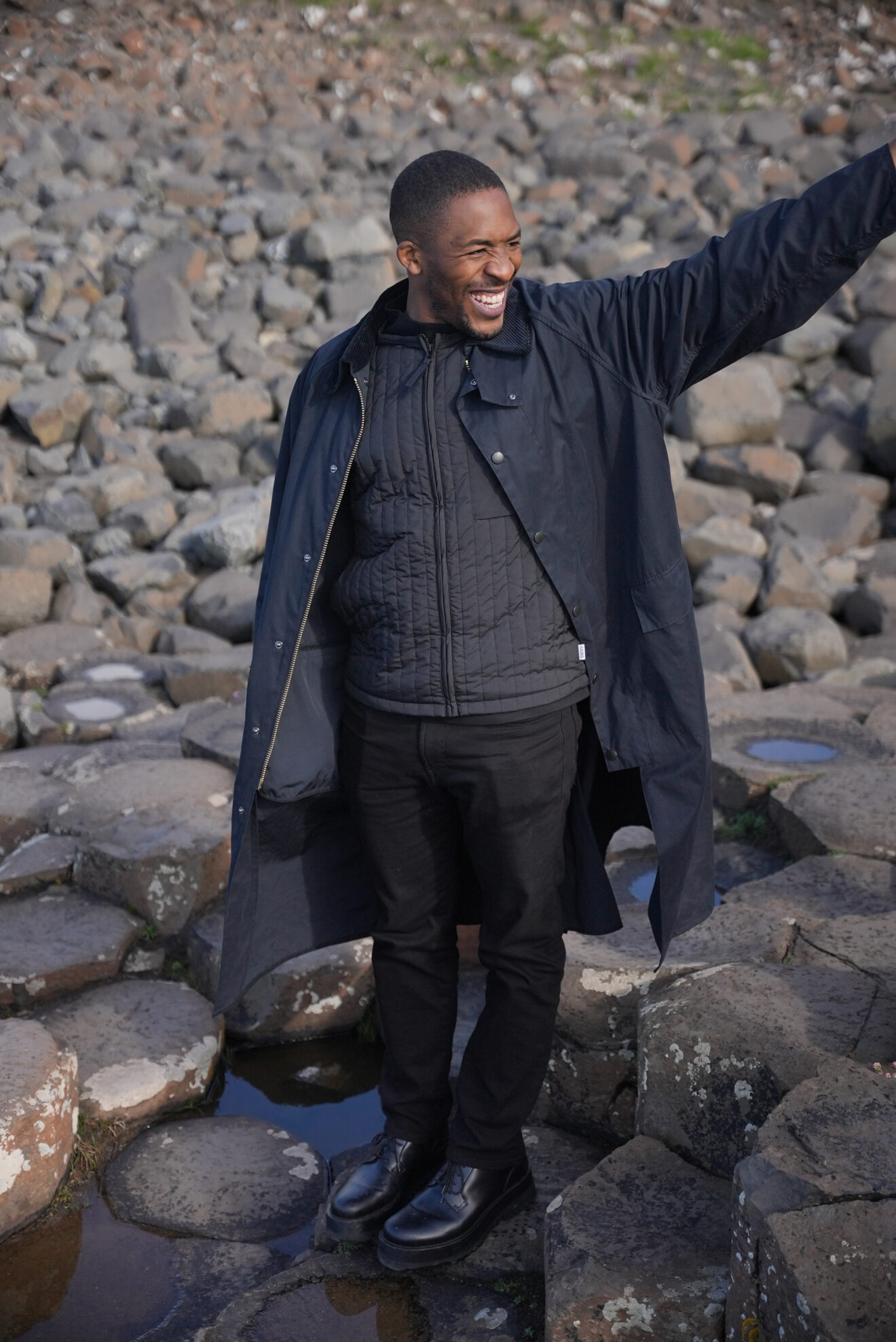 Sexuality, nightlife, altered states, London, dancing, music, eating, drinking, determinism, money, nihilism, hedonism, and life and death. They’re the topics that I talk about most in general conversation and I suppose it makes sense that, for a writer like me, the work I produce would follow suit. I realise how life can be long and short at different times and I like to map the passage of time in my work too. How things change and transition from day to day, to month to month, to year to year.

Can you tell us a bit about your latest project with Bushmills?

I guess it was a chance to bring worlds together, to share the passions we had for words and fellowship and to document the process. Alex (Bushmills Master Blender, Alex Thomas) and I really connected and she is truly an inspiration. I was treated to some great food and some great whiskey and I can’t wait to work with them again, or even just go for a drink. ​

I wrote the poem I To You as a reflection on good times in the recent past with friends and loved ones with a desire to evoke the same feeling of nostalgia and warmth in the minds of those who saw the film and heard the poem that I had when I thought of those times. Dancing, drinking, discussing future plans and exchanging war stories. I suppose it was really about wanting to ensure that I’d done the ‘Singular Tales’ campaign justice and created something that was as well-crafted and timeless as the whiskey.

What is the one record or poem you would take to a desert island? And why?

That’s a really tough question to answer. I might have to say Transparency by D’eon for the fact that the beat touches on the elements of so many different styles of music that I like but also for the lyric “I just wanna see your face / doing this was a big mistake” which I imagine will feel pretty apt alone on a Desert Island.

What do you want to be remembered for?

Amoral egoism. I think it’s at the core of everything I say and do and also at the core of what everybody else says and does. It’s all about getting to the crux of the issue, the heart of the matter.

A poet who is wondering about purpose and meaning and life and love will arrive at that point if that poet or person is able to as best as possible remove any pre-existing sense or notion of what is and what could do and look at things as they actually are. It’s the essence of the message, “do your thing”, “live your life”, “each to their own”. It’s a funky message, a party message and one that I imagine will remind my friends of me and inspire them to make the most of what remains of their lives on Planet A.

You’re a Londoner. Where do you go to eat/drink/see live music in the City of London?

I tend to venture to the Barbican Centre – I thought the recent performance of Speakers Corner Quartet was amazing, and the Boiler Room curated shows there were amazing too. If I’m going out to eat, I will definitely pay St John’s in Spitalfields a visit.

Why should our readers come see you perform?

They should come if they feel like it. If they feel feelings of curiosity, desire, yearning, excitement, frustration and fancy. As I grow I realise more and more that everything is not for everyone.

I love this Walt Whitman line from Songs of Myself where he talks about not being the poet of good only: “I hope that our paths cross someday and I hope that you like what you see”. I like the deterministic notion that when something is meant to happen, it will happen.

What else have you got coming up and where can we find you?

I have been working on a few things in the mediums of poetry and music. My Poems Series is rolling and I’m onto Volume Four. I’ve actually been considering bringing my audience in my creative process through a live google docs, which will allow them to see my stream of consciousness and editing process. From a music perspective I’m working on my next EP ‘True Romance’ which should be out soon.