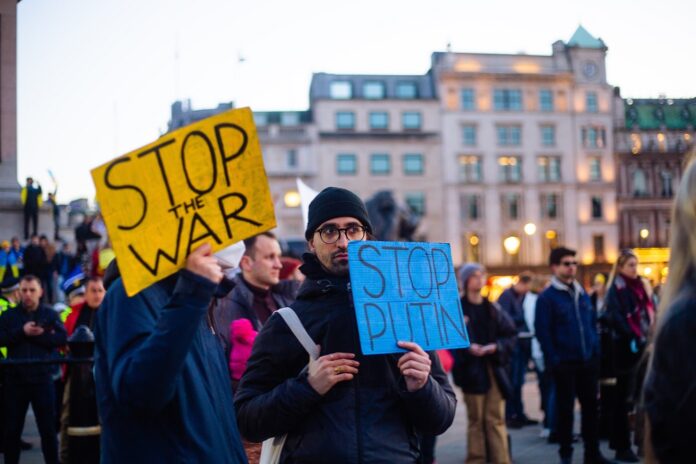 Nickie Aiken MP, Cities of London and Westminster, discusses why we can go further with Russian sanctions thanks to our Economic Crime Act.

I’ve received hundreds of emails from constituents concerned about Putin’s appalling and illegal invasion of Ukraine. I share their shock and anger that the Russian President chose to invade a free and democratic sovereign state. I am proud that the UK has led the world’s response in supporting the Ukrainian people sending humanitarian support and military weapons. We have also led the way by introducing tough economic sanctions against Putin and his supporters.

I’m pleased that we’ve managed to fast-track and pass the Economic Crime Bill through Parliament, which will enable us to go further and faster in targeting Russian oligarchs and stopping them from using the City of London for money laundering and hiding their ill-gotten gains.

The new laws will force foreign property owners in the UK to declare and verify their identities; introduce prison sentences for those who fail to do so; strengthen Unexplained Wealth Orders which help the authorities investigate and confiscate suspect criminal money and property; and make it simpler for us to sanction individuals already punished by our EU and US partners.

Putin’s regime is feeling our tough economic sanctions. We have targeted more than 1,000 individuals and entities since the invasion began, from multiple defence companies which export billions in arms each year, to Russia’s wealthy elite and Putin’s inner circle. Those sanctioned will have their assets in the UK frozen meaning none of our citizens or domestic companies can do business with them.

We’re also phasing out Russian oil imports by the end of the year, we are excluding their banks from the global SWIFT payment system, and we have closed our airspace to their aircraft. And our action has seen the value of the Rouble plummet, the country’s interest rates double, and Moscow’s stock exchange fall sharply.

Ukrainians have proven to be brave in defending their homeland and they must have the means to protect themselves. We have recently pledged 6,000 more defensive missiles, we’re training thousands of their troops, and we’ve given them over £400million in support for things like syringes, dressings and medicines.

Here at home, I’m proud to see some 150,000 households signing up to house Ukrainian refugees. Under the scheme, Ukrainians who have been forced to flee their homeland, will be able to move in with British families regardless of whether they have ties to the UK. The fact that tens of thousands of people have opened their doors is a testament to our warmth and generosity as a nation.

Ukrainians should know that we’ve got their backs during this very difficult time. Meanwhile, we can see that Putin is already failing in his war. These sanctions are just the beginning for him and his cronies, and they will feel the pain for years to come.