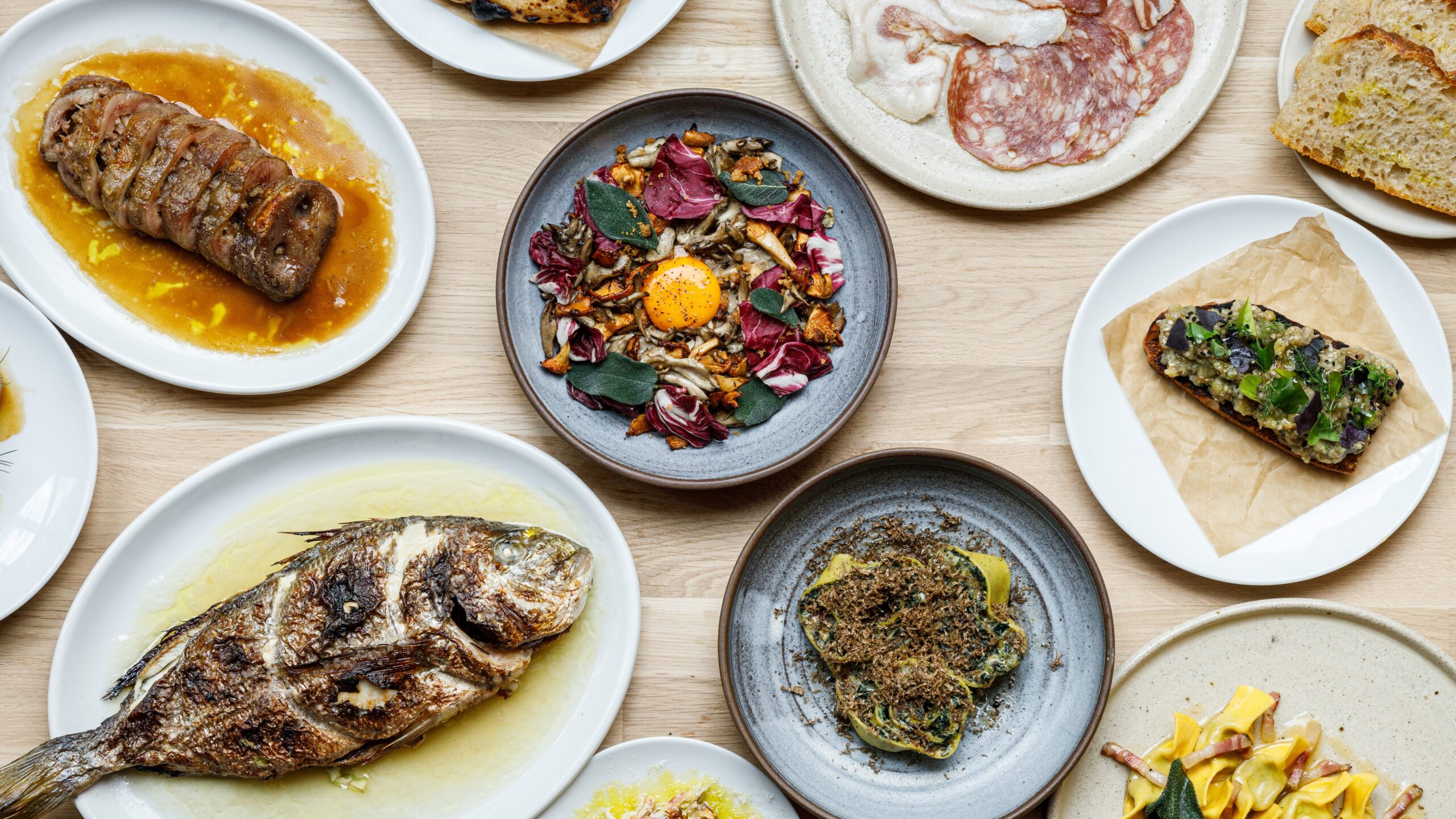 As life begins to feel a lot more like it did BC (Before Covid), restaurants and cafes are starting to open their doors across the City.

We can feel the gentle buzz of the everyday hustle and bustle making its way back into the heart of the City, and it’s exciting to see. And, it’s not just old faces pulling up the shutters, we’re seeing fresh eateries popping up everywhere.

So, here is a list of some of the top new openings in the City of London to get your taste buds tingling.

The plant-based aficionados have secured a third site on Liverpool Street. Designed by Afroditi Krass, the new restaurant will be set over two floors overlooking Broadgate Circle.

The vegan hotspot plans to push its sustainability agenda even further at the new restaurant, which includes lights grown from mycelium and furniture made from repurposed post-consumer waste.

The Broadgate menu will also slightly differ from its sister restaurants as we will see a new vegan pizza option as well as the original a la carte menu. We need April to hurry up so we can chow down on a slice.
Opens mid-April 2022
100 Liverpool Street, EC2M 2RH
stemandglory.uk/london-1

If you haven’t had Five Guys, where have you been? The American burger chain is making its way to Liverpool Street this October and we can’t wait.

Located in the brand-new Westin London City, Hithe + Seek is home to plush modern furnishings and incredible views of Shakespeare’s Globe and the River Thames.

Share small plates of modern and traditional recipes with loved ones while sipping on a glass from the eclectic wine list, which showcases undiscovered gems hand-picked for diners looking to expand their palate.

You may have heard of the Lina Stores in Soho; the Italian deli which has been around since 1944. The Italian go-to has been branching out into restaurants in recent years and has just opened in the Square Mile’s Bloomberg Arcade.

Feast on handmade pasta and delicious antipasti, which includes Sardinian seadas as well as a selection of bruschetta and chicken livers and crispy sage. What’s more, you can pick up sundries and oils to take home. You certainly won’t leave hungry.
Opens October, 2021
19 Bloomberg Arcade EC4N 8AR
linastores.co.uk

Located in Shoreditch, Manteca’s new home follows a series of successful pop-ups in central London, and will see, alongside a menu full of fresh produce and flavour which has been inspired by Italy, a glass-panelled hanging room for the in-house butchery and salumi.

A gentle fusion of British and Italian cuisine, the main menu includes pig’s head fritti with apple mostarda and ‘Nduja mussels, cream, parsley and sourdough. You won’t want to ruin the stunning plates, but we urge you to do so.
Opens mid-November, 2021
49-51 Curtain Road EC2A 3PT
mantecarestaurant.co.uk