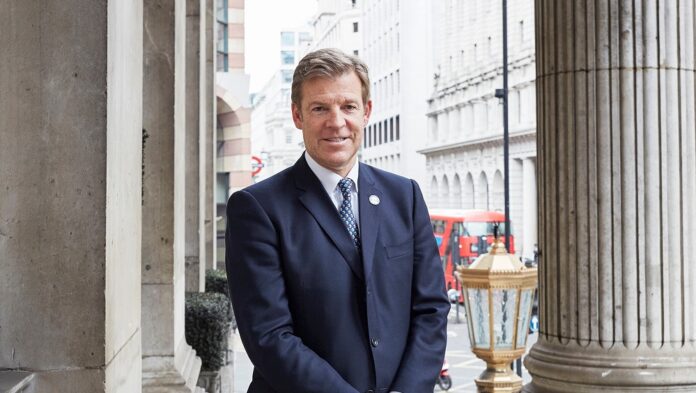 The City of London’s newly-elected Lord Mayor has predicted the Capital will continue to succeed after Brexit because of its “fundamental strengths”.

William Russell was elected at the Guildhall on 2 October by the Square Mile’s liverymen – 1,000 senior members of 110 livery companies – and will become the 692nd Lord Mayor.

In the role, he will act as a global ambassador for the City’s financial services industry. The job’s one-year term entails spending more than 100 days abroad meeting foreign business leaders and dignitaries, the costs of which can be expensed.

After his victory, Mr Russell, whose career has been in investment banking and asset management, said: “Though these are undoubtedly challenging times for the City, there is still so much to celebrate. London’s fundamental strengths mean that no matter what the outcome of Brexit, the City will be embarking on a new chapter in its long success story.

“A culturally diverse Capital helps to drive a creative economy, fuel innovation and deliver a flourishing society. My agenda as Lord Mayor will recognise this – championing the synergy between trade, innovation and culture in a thriving local, national and international economy as part of a global UK.”

He will be sworn in on 8 November during a Silent Ceremony at the Guildhall. He will attend the Lord Mayor’s Show the following day, and the Lord Mayor’s Banquet at Mansion House on 11 November, where the Prime Minister will give a speech.

A ‘How to Become a Lord Mayor’ guide, written by Livery Committee chair Nigel Pullman, reads: “It is no longer the case that a prerequisite of becoming the Lord Mayor is great wealth.”

The guide says those who have enjoyed a “decently rewarded career”, and have “reasonable savings” will be eligible to become Lord Mayor. But adds: “Of course there are expenses, and it would be a foolish person who did not realise that, akin to owning a boat, or going on exotic holidays, good things cost money.”

Explaining how the Lord Mayor is elected, Mr Pullman said there are three candidates voted for by about 1,000 liverymen. “It’s a strange system. Everyone knows before the vote who is going to win,” said Mr Pullman.

The two losing candidates were Vincent Keaveny and Tim Hailes.

He was elected Alderman for Bread Street ward in 2013 and has served on a number of the City of London Corporation’s committees.

Professionally, Mr Russell joined Merrill Lynch in 1992 as an investment banker in institutional equity sales, and was stationed in Asia, New York and London.

He is currently chair of CDAM, a London-based asset management business, and a senior advisor to STJ Advisors.