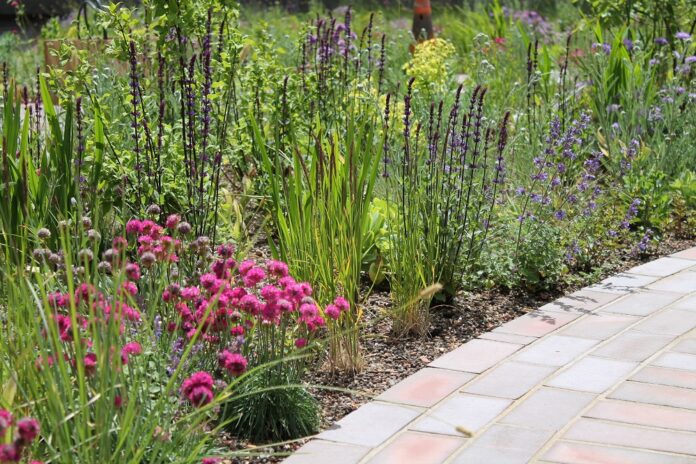 A bold action plan has been published as part of a drive to improve the biodiversity of the City of London.

The scheme includes measures to improve the biodiversity of existing sites such as City gardens and churchyards, and to ensure biodiversity is considered in new building developments, with features such as bird habitats, standing water and pollen-rich plants.

It also outlines proposals to work with local nature and residents’ groups, businesses, and schools, to improve understanding of the City’s rich natural variety.

It will include a collaboration with livery companies, who offer considerable financial support through Pollinating London Together, a pan livery initiative to open up wildlife corridors across London.

The City Corporation manages over 200 green spaces in the Square Mile, creating a network of gardens, churchyards, parks, plazas and highway plantings.

There are 10 Sites of Importance for Nature Conservation (SINCs) in the City, designated for their importance for wildlife and for people to experience nature.

The City Corporation conducted a public consultation on the Biodiversity Action Plan in 2021. The new plan runs until 2026.

Chair of the City of London Corporation’s Open Spaces and City Gardens Committee, Caroline Haines, said: “This plan aims to ensure that the City meets its obligations to protect and enhance the vast biodiversity in the Square Mile. This work is also interlinked with the vital climate action work we are undertaking.

“We need to look after these open spaces to support our diverse array of wildlife and habitats and ensure future generations can enjoy a biodiverse environment.”

The plan supports the City Corporation’s Climate Action Strategy which commits the organisation to achieving net zero carbon in its operations by 2027, becoming net-zero across its investments and supply chain by 2040 and to support the achievement of net zero for the whole Square Mile by the same year.

Chairman of the City of London Corporation’s Planning and Transportation Committee, Shravan Joshi, said: “This plan will improve the ways in which we can work with other landowners and stakeholders to make biodiversity a key consideration, both in our existing green spaces and built environment, and in future developments in the Square Mile.

“It will engage communities and increase education of the importance of biodiversity for more urban areas, and hopefully encourage people to take action to play their part in making positive change to the environment, particularly with climate action.”

The Biodiversity Action Plan can be viewed at cityoflondon.gov.uk/CityBAP