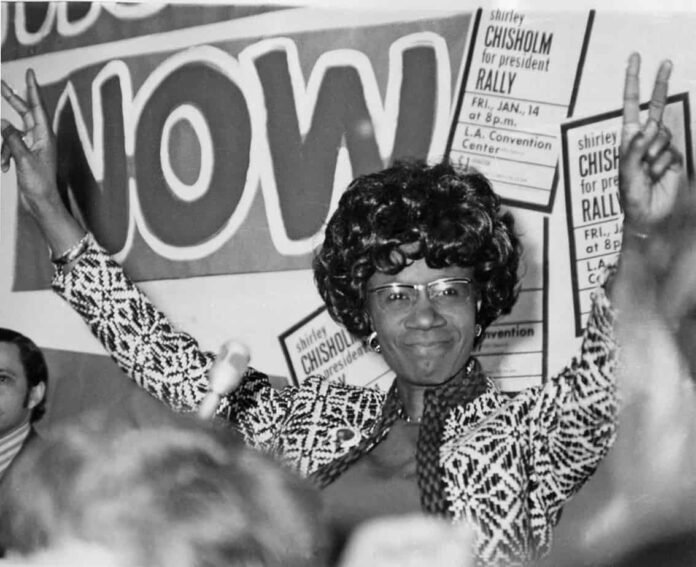 The Barbican Centre is celebrating the centenary of women’s right to vote with a programme of films dedicated to historical figures who have gone to rebellious and often dangerous lengths in pursuit of equality. Its theme, however, is decidedly modern.

It has been little more than a year since US Senator Elizabeth Warren was silenced by her male colleagues during a debate over President Trump’s nomination of Alabama Senator Jeff Sessions as US Attorney General.

“Nevertheless, She Persisted” was intended as a rebuke towards Senator Warren for reading a letter by Coretta Scott King criticising Senator Sessions, but instead became a rallying cry for the feminist movement in 2017; a powerful summary of women’s ongoing struggle to be heard.

Of course, the conversation has moved on. This was before Harvey Weinstein, Aziz Ansari and Kevin Spacey. #MeToo and #TimesUp have become the movement’s new battlecries. And yet, the fundamental message of Nevertheless, She Persisted, persists.

Power struggles play out across the Barbican’s week-long programme of films, which takes audiences from New York to New Zealand in sharing the stories of its heroines; among them a Swiss homemaker, an African American congresswoman, and a transgender former sex worker.

“This series, which is part of the Barbican 2018 season, The Art of Change, is an ode to the women filmmakers who have brought poignant stories to the screen and in so doing have contributed to the way we see the world, with women’s points of view being seen and heard as a crucial part of the spectrum.

“With the current spotlight on gender discrimination and women marginalisation, and harassment within the film industry and beyond, these films could not be more timely in their representation and inspiration for change.”

Before Barack and Hillary there was Shirley Chisholm; the first Black woman elected to the US Congress in 1968. If that wasn’t enough of an achievement in itself, the Brooklynite launched an audacious campaign to secure the Democratic nomination for the presidency in 1972, and won an impressive amount of support given she was up against a discrimination double-whammy. Shola Lynch’s documentary Chisholm ’72 – Unbought & Unbossed features interviews with supporters and opponents alike, witness to the groundbreaking campaign, contextualised by emotive footage of Vietnam War protests, the Black Panthers, and the Women’s movement.

Iran’s 2001 presidential election was won by a landslide by incumbent reformist Mohammad Khatami, but one of the country’s most celebrated filmmakers Rakhshan Bani-Etemad turns her lense towards the women campaigning and standing for change. Hers is a compelling double portrait: a group of optimistic college girls supporting President Khatami’s promise of progress in the face of sceptics, and the candidates running against him, including 25-year-old twice-divorced mother Arezoo Bayat. Arezoo’s story shows how difficult life can be for a woman without a husband; holding down two gruelling jobs to make ends meet and struggling to find a home when no landlords will rent to a single woman. So why not add a presidential campaign to the list? Our Times documents women’s indomitable determination to have a voice in politics despite the cards being stacked against them.

Switzerland, 1970, and women still did not have the right to vote. Political and religious leaders blamed the Divine Order, a concept award-winning filmmaker Petra Volpe explores through the story of bored housewife Nora, who mobilises the women of a sleepy Swiss town to demand a voice. After organising the village’s first meeting to support women getting the right to vote, her family is mocked, bullied, and shunned, but despite the backlash, Nora perseveres and convinces the village women to go on strike and eventually secure the vote in 1971. A classically-told crowd pleaser that has been described as “a cross between Chocolat and Norma Rae.

The conservative rural Wairarapa region of New Zealand’s North Island would be up there on the list of places least likely to elect the world’s first openly transsexual MP. But that’s exactly where Georgina Beyer, a trans woman of Maori heritage, made her political ascent in 1999. Georgie Girl follows her childhood spent on a Taranaki farm, her move to Wellington where she worked as a showgirl and sex worker, and return to the countryside where she won over a community of white redneck farmers to become first their local councillor, then mayor and Parliamentarian for eight years.