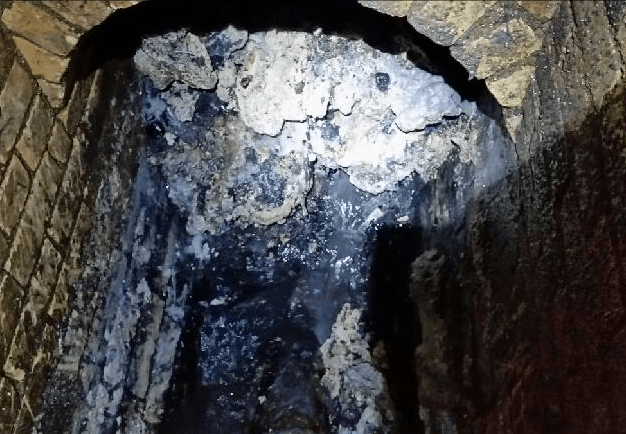 A 130-tonne ‘fatberg’ discovered lurking in a sewer in Whitechapel could become the Museum of London’s newest exhibit, with director Sharon Ament launching a bid to acquire a cross-section of the mass.

The solid lump of congealed fat, wet wipes, nappies and oil, measuring longer than Tower Bridge, made headlines earlier this week when it was discovered blocking a Victorian-era tunnel.

Thames Water’s head of waste networks, Matt Rimmer labelled it “a total monster” and “up there with the biggest we’ve ever seen,”

Officials have already begun the removal process, which could take up to three weeks, but the Museum of London has stepped up for a slice of the fatberg to add to its current City Now City Future season, which looks at issues faced by cities around the world.

Ms Ament said the Museum had “opened a dialogue with Thames Water” regarding the acquisition, adding that is could be “one of the most extraordinary objects in any museum collection in London”.

“The discovery of this fatberg highlights one of the many issues London has to deal with as it grows and evolves,” she said.

“Our year-long season, City Now City Future, explores what the future holds for people living in urban environments. It is important for the Museum of London to display genuine curiosities from past and present London.

“If we are able to acquire the fatberg for our collection I hope it would raise questions about how we live today and also inspire our visitors to consider solutions to the problems of growing metropolises.”

The Museum of London said it was hoping to confirm the acquisition very soon.