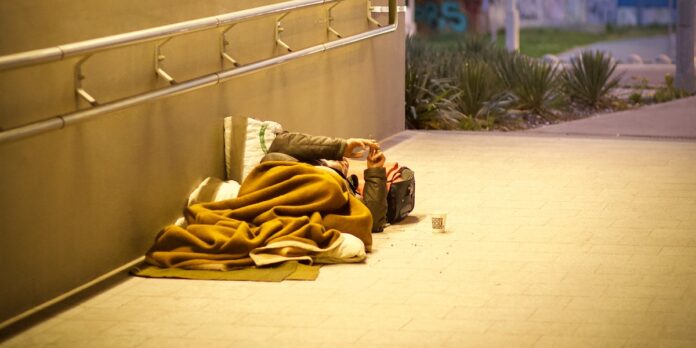 A mobile GP service will take healthcare to rough sleepers in the Square Mile.

The City of London Corporation is teaming up with human rights charity Doctors of the World to run a three-month pilot to make sure hard to reach people get the healthcare they need.

Doctors will take their fully kitted-out vehicle to the City and will run a weekly clinic at community sites and places where the City’s homeless meet or feel safe. The pilot is aimed to make sure they get the health care they need.

The charity pioneered its first mobile clinic at migrant support centres in London last year. A volunteer doctor or nurse, together with a support worker and clinic supervisor will provide basic on-the-spot support. Those with more complex health issues will get referred to other places for help.

The move is also designed to get evidence to prove to health bosses that there is a need to fund a more long term service.

The City of London had 441 people sleeping rough last year, putting it in the top five of boroughs with the highest numbers of street homeless, behind Westminster, Newham, and Camden. (Southwark was in fifth place).

Marianne Fredericks, who chairs the City’s homelessness and rough sleeping sub committee said: “It is incredibly difficult for someone who is homeless to traipse halfway across the city to find care.”

In the first three months of this year 63% of rough sleepers in the City got support for mental health problems, with 55% needing help for problems with alcohol, and 46% getting help for drugs problems. She said she wanted to see a permanent solution.

Councillor Mary Durcan lent her support to the move. She said: “It seems exactly the sort of thing that we should be doing, even for mundane things like chiropody.  This is an answer for a really serious problem.”

Simon Cribbens from the City’s community and children’s services department explained that the pilot will help “demonstrate a primary care model to the CCG”. He said health needs can include illnesses such as drug-resistant TB.