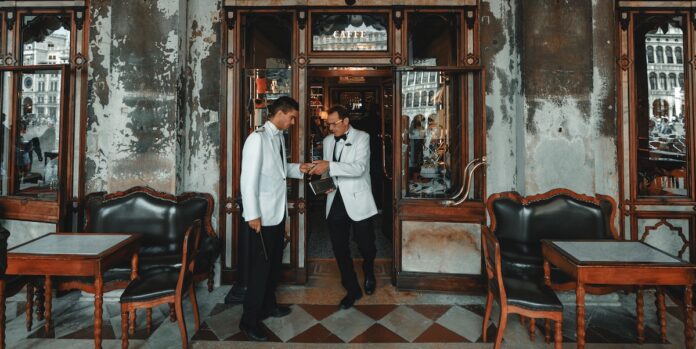 As the head chef of London’s iconic deli and restaurant Lina Stores in Soho and King’s Cross, Masha Rener really knows her Italian food and produce.

But it’s more than that. Before moving to London, she was born and raised in a remote valley on the border between Tuscany and Umbria. This is where Rener began her culinary education – learning Italian cooking traditions from her family.

Clearly, she is perfectly poised to tell us where to eat when visiting Tuscany and Umbria and exactly what to order too. That’s why she has penned this exclusive article for City Matters. Read on to find all the secret spots you just have to hit up when visiting this part of the Italian countryside.

There are a lot of great hidden gems in the area, but Agrisalotto is one of my favourites. It’s a beautiful rural restaurant at an agriturismo, or ‘farm-stay’ between Cortona and Lake Trasimeno, and has a huge garden, which is the perfect fantastic setting for a long, slow lunch. They’re really big on tradition there, so all of the ingredients are local and seasonal, and the pasta is made fresh, though the recipes are a closely guarded secret. The chef there is a wonderful lady who’s been cooking for years, and all of her food is very traditional, and really connected to the region, which makes it really popular with locals.

Pienza is a 600-year old renaissance town famous for its pecorino, but one of the best spots there is a cocktail bar called Idylliumbar, which was set up by some young guys from the town, and is more reminiscent of Milanese bars than other places in the area. It’s in a historic building overlooking the valley, but they do incredible modern, experimental cocktails and snacks, so the experience is really special; an amazing contrast between the old and new. It’s a great place to go for drinks after dinner, and it’s open very late.

One of my more recent discoveries is Acquadolce sailing club on Lake Trasimeno, which has a fantastic lounge bar in the garden, right on the lake. It was recently restored, and is a really atmospheric spot to watch the sun setting over the lake with a glass of local wine or aperitivo.

Osteria Rosso di Sera is another lakeside spot, not far from Acquadolce, on the edge of Lake Trasimeno. It has a huge terrace right on the water, and is great for dinner. Like most osterias it’s very relaxed, with a small menu that emphasises local specialities, and serves grilled fish fresh from the lake, along with traditional local dishes and snacks. It’s the sort of place that reminds me that a place doesn’t have to be fine-dining to be extremely memorable.

Umbria is a region of sagre, or festivals, and there are hundreds of small festivals celebrating the food and traditions of the region all year around. If you really want to get a taste of Umbria, sagre are a must. One of the region’s most colourful and interesting festivals, the Spello flower festival, takes place on the ninth Sunday after Easter, and I would highly recommend visiting Spello when it’s on.

Groups of residents from the town cover the streets with flower petals to recreate pictures from the 14th century, creating a colourful, fragrant path for the passage of the Blessed Sacrament through the town. Now it’s developed into a competition between different groups for the best Infiorate, so every year the artists work tirelessly to make more and more intricate and beautiful designs.

The petals themselves are from wild flowers that are gathered in the months running up to the festival, and are used both dried and fresh to create huge murals and pattered carpets. A close friend of mine is one of the Infiorate artists, and I try to go every year, as it’s one of the most exciting & unique festivals in the region.

In September there’s a week-long food festival in Cannara in honour of the humble onion, the Festa della Cipolla, which is one of Umbria’s best food festivals. A lot of old Osterias in the town open pop-ups, with special menus starring the onion, which include everything from antipasti to dessert, and there are stalls, exhibitions, shows, and street feasting. Most of the food is prepared by nonnas, following old recipes and traditions; pizza della cippola, paper-thin slices of Cannara onion on focaccia, is a must try.

One of the biggest festivals of the region – and one for history buffs – is Il Mercato delle Gaite, which is a medieval festival that reconstructs the 11th and 12th century daily life of the town’s inhabitants. The entire town participates in an immersive medieval re-enactment, which transports it back to its ancient roots, with food, crafts, sports, and activities harking back to the area’s history.

I was sceptical at first, but was pleasantly surprised. There are a lot of medieval festivals throughout Italy, but what makes Gaite special is that the focus is on the lives of ordinary people, and how the vast majority of people would have lived and worked on a daily basis.