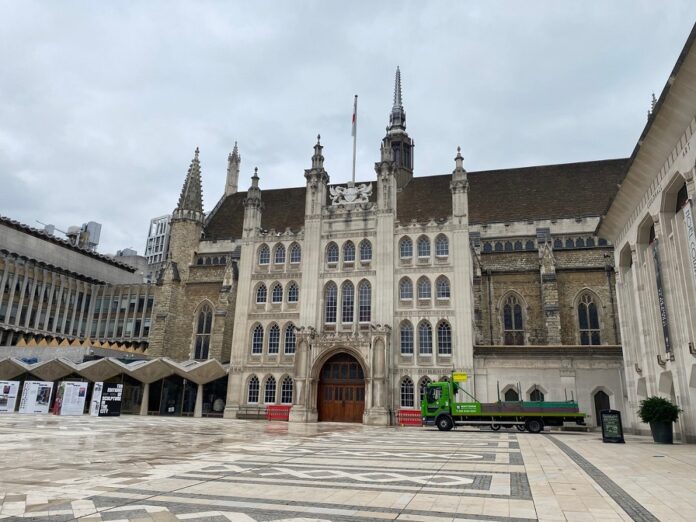 Smithfield Market traders will be moved out of the City of London amid plans to build a new museum on the historic site.

The City of London Corporation, the landlord of the site, has agreed to sell off the iconic building after years of negotiations with traders.

Also known as the Poultry Market, Smithfield is a Grade II-listed building built in 1963 after the original Victorian site was destroyed by a fire in 1958. There are now cracks in the concrete frame of the basement and in the market areas.

The Corporation plans to move traders from Smithfield to Dagenham Dock and is separately working on a £200million project to relocate the Museum of London from London Wall to the Smithfield Market site.

A report by the corporation’s director of markets Ben Milligan said Smithfield was the most under-used market building in the City. It also said the building is in “a poor state of repair” and many parts of the basement are empty due to fire safety concerns and poor access.

It said the corporation has been working with the Smithfield Market Tenants’ Association (SMTA) and agreed for traders to leave the building and relocate.

Councillors have agreed 32 units in the building are no longer needed for market use, with 17 of them used by traders and the rest are empty or used for storage and offices.

Smithfield Market is the only wholesale market left in the City of London. The corporation still owns and manages Billingsgate Fish Market in Tower Hamlets and New Spitalfields Fruit & Vegetable Market in Waltham Forest.

Chairman of the City’s Markets Board Henry Pollard said: “This is a momentous time in our history in terms of the markets and the potential of the markets. An incredible amount of work has gone into this.”

The Corporation’s Programme Director Anna Dunne said: “It’s a real practical decision about the use of the Poultry Market going forward. We have looked at how the use of the building has declined and changed in recent years. There’s elements of operation still within it and we have looked very closely at how those can be accommodated elsewhere – and they can be.”

Milligan’s report urged councillors to agree that “the Poultry Market is no longer required to be retained for market purposes and can be disposed of or used for other purposes”.