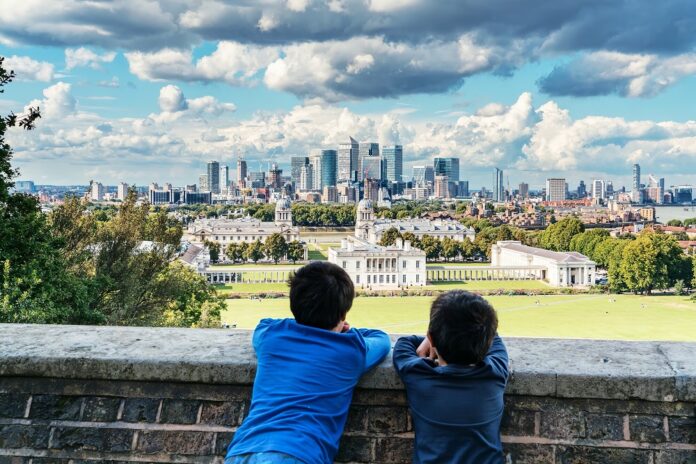 London is “unprepared” to deal with the consequences of climate change, a leading thinktank has warned, as Sadiq Khan says we must “adapt” the capital to deal with extreme weather.

Commuters were warned to only travel if necessary on Monday and Tuesday amid record-high temperatures, with heat-related issues already causing disruption to the capital’s transport network leading to delays and station closures.

The Met Office has forecast highs of 38C in the capital on Monday, while temperatures on Tuesday could exceed 40C – making it the hottest day in UK history.

The extreme weather comes almost exactly a year on from devastating floods that caused damage to thousands of homes and saw Tube stations flooded and hospitals closed when a month’s worth of rain fell in one hour.

Nick Bowes, Chief Executive of the Centre for London thinktank, said that the extreme weather seen in the past year shows “just how unprepared the city is for the effects of climate change”.

He said: “Experts predicted that 40C would be seen at some point in the future in the UK, but not as soon as 2022. As a result, the race to net zero has just become all the more critical.

“There’s no point beating about the bush – heat of this kind is a killer. That’s why, with more of this expected in future years, London is going to need to redouble efforts to reduce emissions and adapt to the worst impacts of climate change on the city’s homes, workplaces, public transport and urban realm.”

Khan told the Local Democracy Reporting Service it is “really important” to explain that such extreme weather events are “a direct consequence of climate change”.

Khan said that it was essential to “tackle the root causes of climate change”, including by achieving net zero, but that it is also crucial to “deal with the symptoms and adapt our city”.

He said: “The good news is, the new stuff we’ve been building – the Elizabeth Line, new buildings, because of our London plan – they’re cooler in the summer and warmer in the winter. They’re energy efficient, have [lower] bills. But the older stuff: the old homes, the old places of work, the old public transport aren’t.”

He also repeated calls for the Government to agree a long-term funding deal for TfL so that more electric buses could be purchased which have cooling systems on board and “emit far less carbon”.

Khan went on to take a swipe at the five candidates running to be the next leader of the Conservative Party, accusing them of treating climate change “as an afterthought, if at all”.

He said: “Although many of us who are reasonable and like to look at the evidence would accept this [weather] is based on climate change, there are many who don’t believe that. Those five people running to lead the Tory party clearly don’t believe it is unarguable that this is the consequence of climate change because, if they did, they’d be racing to get to zero carbon.

“My worry is, all five candidates running to be Prime Minister appear to be dealing with this as an afterthought, if at all, which means that I worry that our ability to adapt our city is made harder because of choices made by the national Government.”

The Tory leadership contest has so far seen little mention of the climate emergency, and a recent YouGov poll finding that it was the lowest priority for members of the party who will vote for the next leader.

The survey, commissioned by The Times, found that issues such as winning a general election and cutting taxes were all more important to members of the party, with just 4 per cent saying that reaching net zero targets was one of their top three priorities.