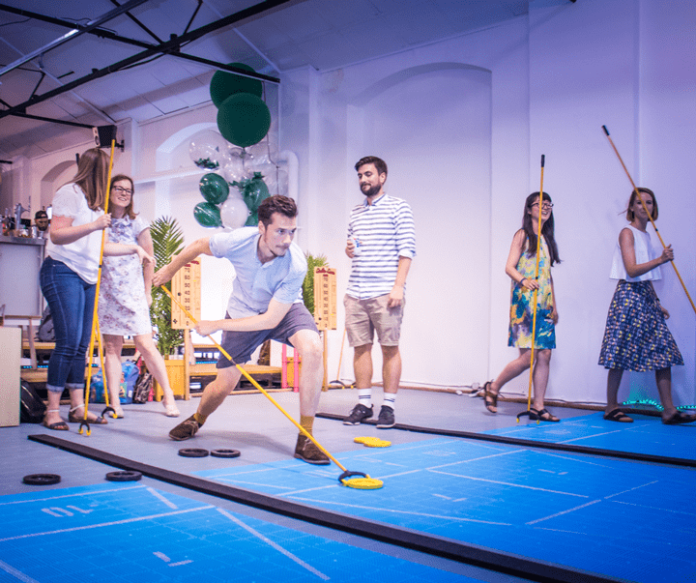 London appetite for socialising over competitive sports knows no bounds, particularly when you add booze; it’s how we ended up with lawn bowls in Finsbury Square, darts and draughts in Old Street, mini golf in Shoreditch and croquet at Tobacco Dock.

Now the London Shuffle Club is bringing everybody’s favourite cruise ship pastime back with a hipster makeover and this time, a permanent address in Shoreditch.

He brought the game to London three years ago by way of seasonal pop-ups at the Old Truman Brewery, but will open a permanent venue – with eight indoor lanes and the UK’s first open-air shuffleboard court – opposite Boxpark from 4 July.

They have craft beers, slushy cocktails and pizzas to keep your energy levels up, with plans to collaborate with street food vendors throughout the season. Reservations are recommended, though walk-ins are accepted on the outside lanes and there are private areas for group bookings. Still haven’t sorted the office summer party? Game on.