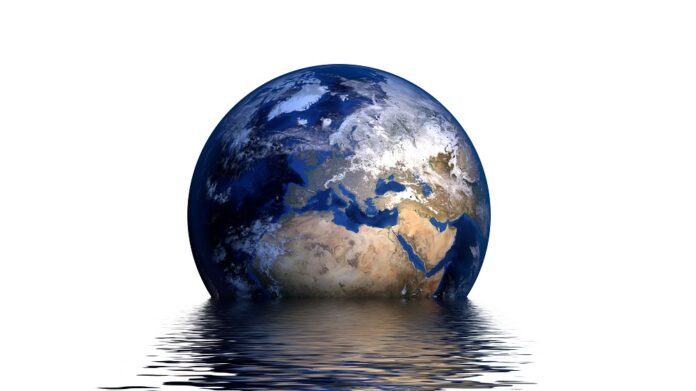 London must drop its “keep calm and carry on approach” to extreme weather, a climate expert has warned.

Bevan Jones, a sustainability consultant at Greengage Environmental, said heatwaves can increase violence, put strain on the NHS, and dent the economy.

Speaking at the London Assembly, Mr Jones said hot weather should now be treated with the same seriousness as snow or extreme storms.

The climate expert said governments must work to prevent a “monumentally catastrophic” 4C to 6C shift in world temperatures.

But he said we should expect an increase of at least 3.1C, even if international targets are met.

The last decade was the hottest in a century for the UK, according to the Met Office.

And London’s micro-climate – known as the urban heat island – means it can be as much as 10C warmer than neighbouring rural areas.

This is because sunlight is absorbed by hard surfaces like concrete and asphalt, rather than earth and vegetation.

Last year, 41 people died in the city’s summer heatwave – meaning London was the only UK region with a statistically significant increase in deaths.

He said: “With a health service that’s already stretched and normally uses April to September as its recovery period, we’re now seeing the NHS having to deal with a year-round A&E emergency.”

And Mr Jones said other services – such as railways – are often unprepared for rising temperatures. Heatwaves could cost the London economy £35million, according to a report by Lloyds of London.

The study said related risks such as droughts and floods – a growing threat as ice caps melt and sea levels rise – could cost £363million and over £1.2billion respectively.

It could mean extra hosepipe bans or “more serious action”, he warned.

He said: “What we are going to have to see is more Paris-style emergency management where schools will be closed, where people are encouraged not to commute to work, and where we are going to start treating heat like snowfall or storminess.

“I think employers and employees are going to have to change their mindset around ‘keep calm and carry on’.

“It’s going to have to be much more managed and much more rational.”