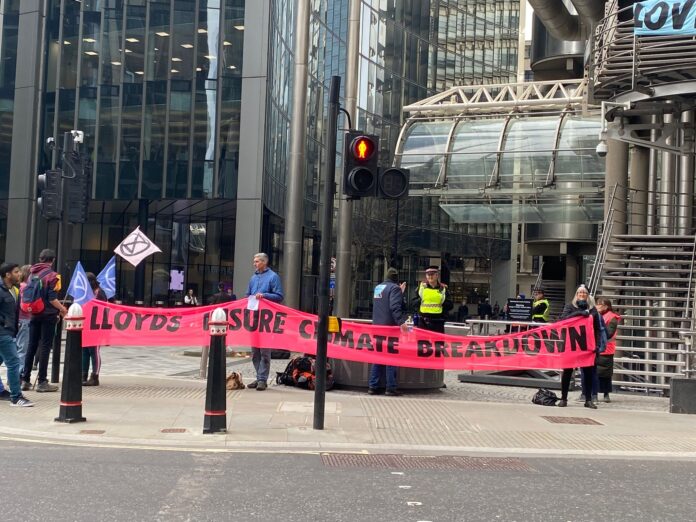 Lloyd’s of London employees have informed City Matters that the company has been forced to close it’s headquarters due to climate activists, Extinction Rebellion.

Around 60 people scaled the insurance giant’s building this morning (April 12), blocking the entrances and preventing employees from working.

Activists have chained themselves to more than 25 entrances, as well as some performing immersive theatre to the crowds gathering outside. Acts include ‘Tea Ladies’ and ‘CorpRats’.

“We are currently unable to enter the Lloyd’s building due to protesters outside,” Lloyd’s said in a statement released this morning at 9.15am.

“Extinction Rebellion is demanding that Lloyd’s of London stop insuring fossil fuel projects, and highlighted the Trans Mountain Pipeline extension in Canada, which they believe is being insured through the Lloyd’s marketplace,” the statement added.