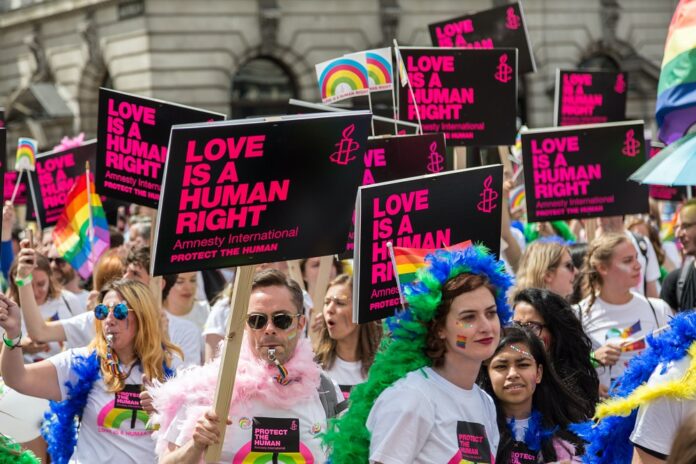 LGBTQ+ organisations are being urged to “deliver change” and “ensure much greater diversity” as applications open to run London’s Pride celebrations for the next five years.

Mayor of London Sadiq Khan has announced that applications were open for community-led organisations to apply for up to £625,000 of City Hall cash to deliver the world-famous celebration of LGBTQ+ culture between 2023 and 2027.

The successful applicant will replace Pride in London, the organisation which has delivered Pride for the past five years.

Last year, the organisation became embroiled in controversy when several senior members of staff resigned in protest over accusations of racism and bullying by leadership.

Activist Peter Tatchell, who took part in the UK’s first Pride march 50 years ago, last year called on the Mayor of London to “reform” the organisation as it had “lost the trust and confidence of much of the LGBTIQ community”.

With Pride in London’s five-year contract now completed, Tatchell has said that the new organiser must ensure “greater community input and oversight” and that “robust procedures” must be in place to protect whistleblowers and “remedy problems like past allegations of racism and bullying”.

Tatchell added: “Any new Pride organisation must deliver change. Instead of a 30,000 limit on the number of people who can march, the parade must be open to all LGBT+ people and allies. No one should be turned away, as has happened in the past.

“We need to ensure much greater diversity, so that Pride reflects all sections of our community. Many of us want to see less commercialisation, with a higher profile for LGBTQ+ human rights issues and for grassroots LGBT+ community groups.”

More than one million people turned out for London’s Pride celebrations at the start of this month, which marked the 50th anniversary of the Pride movement in the UK.

Announcing the new funding and the launch of the application process, Khan said he hoped the new organiser would usher in “a new era” for Pride celebrations in the capital.

Khan said: “Pride has had a huge impact on our society over the last five decades and this funding will help start a new era. I encourage LGBTQI+ community-led groups to step forward to run the events and help show the world that London is a beacon of inclusiveness, acceptance and diversity.”

Applicants have until September 12 to submit their proposals for Pride, with the successful organisation to be announced in October.