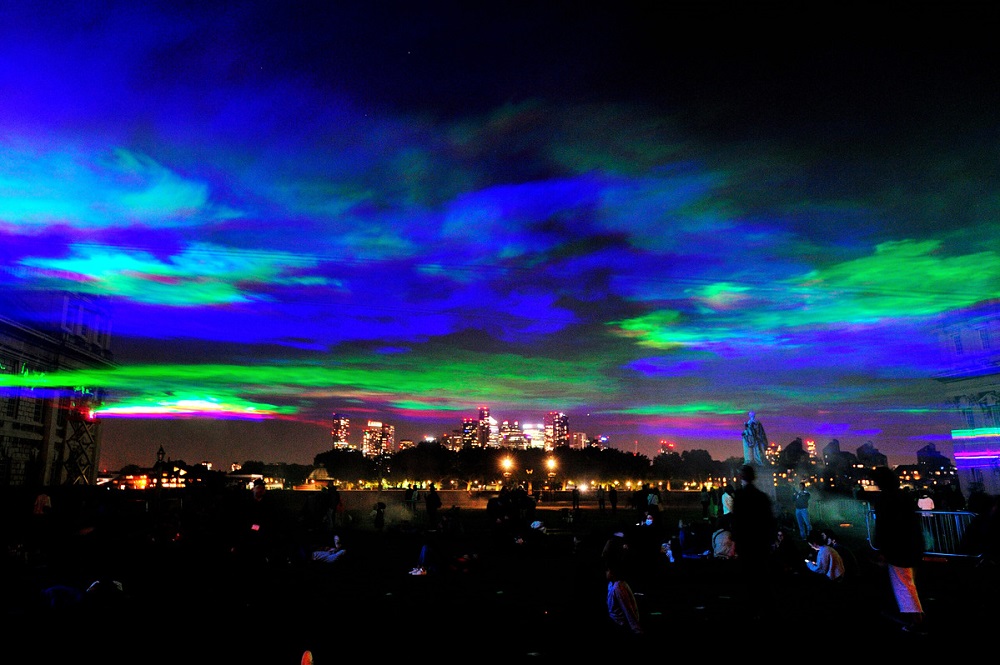 London’s skies will be illuminated by the Northern Lights this December thanks to a new art display being launched as part of Sadiq Khan’s Let’s Do London winter events campaign.

Free tickets are available online for the Borealis art display that will take place in Guildhall Yard in the City of London between December 11 and December 22.

The display will be one of several to light up the capital this winter as Khan launches a new season of events under the “biggest domestic tourism campaign London has ever seen”.

In addition to the Northern Lights display, Londoners will be treated to a series of light installations on bridges, buildings and trees along the River Thames, as well as light displays in Canary Wharf and the Tower of London.

Khan has said that the Winter Lights season of events will demonstrate why London is “London is the best place in the world to celebrate the festive season”, with the campaign bringing “world-renowned arts, culture and heritage together to ensure our city sparkles and enthrals this year”.

Khan said: “The Borealis spectacular will bring the magic of the Northern Lights to our city, London’s landmark bridges, buildings and trees will be illuminated along the Southbank and our world-famous Christmas lights, ice rinks and markets will ensure our city is gloriously decked out for Londoners and visitors to enjoy.

“All this and more is taking place in the heart of our great city as part of my Let’s Do London campaign. From our world-class shops and attractions, to our incredible restaurants and bars there is so much to see and enjoy this festive season and that’s why I’m urging Londoners and visitors to experience the best our capital has to offer and support our hospitality industry as much as possible.”

Launched in spring, the Let’s Do London campaign was designed to provide a boost to London’s economy following more than a year of lockdown due to the COVID-19 pandemic.

Tourist spending in London fell by more than £10 billion in 2020 compared to the year before, with the capital’s culture, retail and hospitality sectors being hit particularly hard.

Since the launch of Let’s Do London in May, the campaign has provided a £70 million boost to the economy in London, bringing in around 280,000 domestic visitors.

In October, acting CEO of London Partners Allen Simpson said that the impact of the campaign would continue to be felt throughout winter into early next year, bringing in more visitors over the festive period.