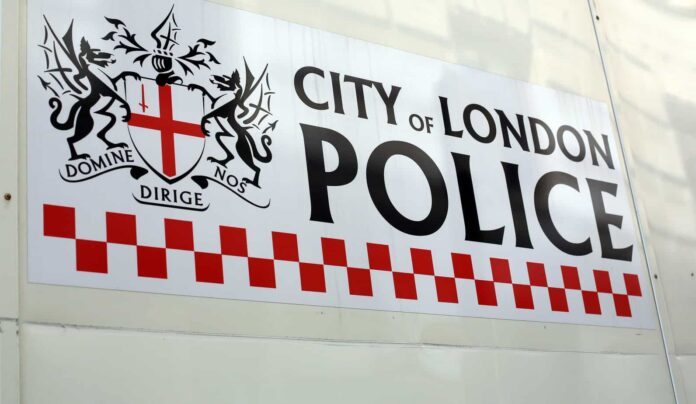 The woman behind a ‘VIP’ brothel racket in the City will swap her luxury lifestyle for a prison cell after being jailed for three years.

Graziela McNamee, 38, and husband Brendan McNamee, 34, were sentenced at Inner London Crown Court on Tuesday after their Square Mile sex ring was blown open by police.

During the trial, the court heard how clients would pay £180 an hour in exchange for sex. Graziela used the cash to purchase a five-bedroom home, jet off on holiday, and privately educate her children.

“The sentence represents the successful conclusion of a detailed and comprehensive investigation, and one with important consequences for the City of London and beyond,” said DC Brendan Kennedy.

“Not only has this undoubtedly prevented further exploitation of the young women who were found working here, but has also stopped the anti-social behaviour associated with active brothels.

“This will bring peace of mind to the residents living and working in these areas, and enforces the reputation of the City of London as a safe place to live, work and visit.”

The investigation initially stemmed from complaints from residents of Middlesex Street, who were suspicious about the activity taking place within one of their neighbour’s properties.

An investigation into the apartment found the registered tenant to be Graziela McNamee, who had rented the property since June 2015.

Further research found her to be the director of a company, City Sensations, which openly advertised sexual services online.

More properties in the Square Mile were linked to Mrs McNamee, with tenancy agreements at three more locations, including one in Friar Street, which she had rented since April 2014.

This was compounded by discarded rubbish found on the street, which cleaners suspected was consistent with an active brothel, including price lists and women’s names.

Cars owned by Graziela and her husband travelled throughout the City frequently, as well as to locations in Bracknell. Further investigations linked Mrs McNamee with the Bracknell address.

On 27 April 2016, both she and her husband were arrested at their home address, while search teams carried out warrants at each address suspected of being linked to brothel activity.

A total of 12 women were discovered within the various properties, while subsequent analysis of mobile phones found across the different flats also revealed substantial evidence of messages pertaining to the brothels sent by both McNamees. A parallel financial investigation conducted by the City of London Police asset recovery team also ensured that acquired assets were seized.

When the couple were arrested, Graziela’s new Land Rover Discovery and a quantity of cash was seized and detained under the Proceeds of Crime Act.

Restraint orders were also sought and granted against their house in Hunton Bridge, Herts, along with numerous bank accounts. A confiscation investigation is now under way post-conviction.

No evidence of people trafficking or exploitation was found during the investigation, and officers have worked with the women found at the locations to offer appropriate support, assisted by agencies which provide help to individuals working in the sex industry.

The pair were convicted of five counts each of controlling, managing  or assisting in the management of a brothel.

Mr McNamee was handed a 12-month custodial sentence suspended for two years, with a requirement for 150 hours of unpaid work. A confiscation hearing will also take place at a later date.

A third person also charged with offences linked to the case was found not guilty following a trial.