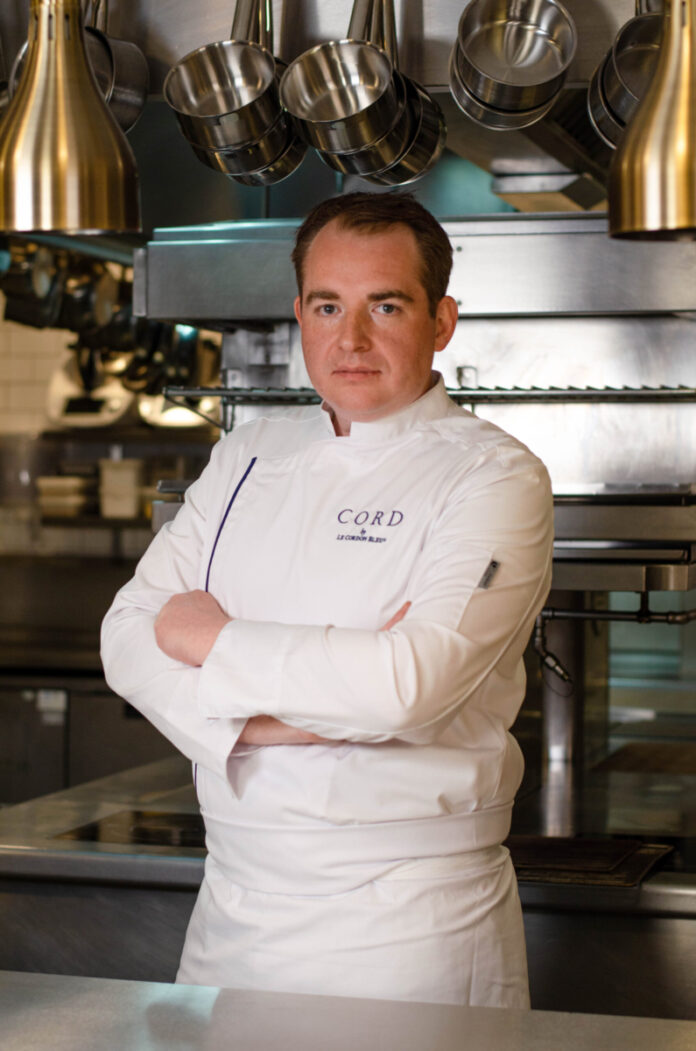 Have you heard about Le Cordon Bleu’s new offering on Fleet Street? The new restaurant, CORD, has opened and it’s causing a stir. With this in mind, we sat down with CORD’s Executive Chef, Christophe Marleix, to discuss the restaurant’s concept, the cookery school and their desert island ingredients…

Your journey to CORD, tell us where and how it all began?

I first entered a professional kitchen at the age of 20. My journey to Executive Chef began humbly with cleaning plates and pots. It was a summer job and I didn’t plan on becoming a chef, however, I quickly caught the bug for cooking.

I was amazed by the skills and depth of knowledge the team possessed and consequently got inspired to learn everything I could about culinary arts, and to become the best cook I can be. My career took off and I have since had the opportunity to learn from incredibly talented chefs in France and the United Kingdom. 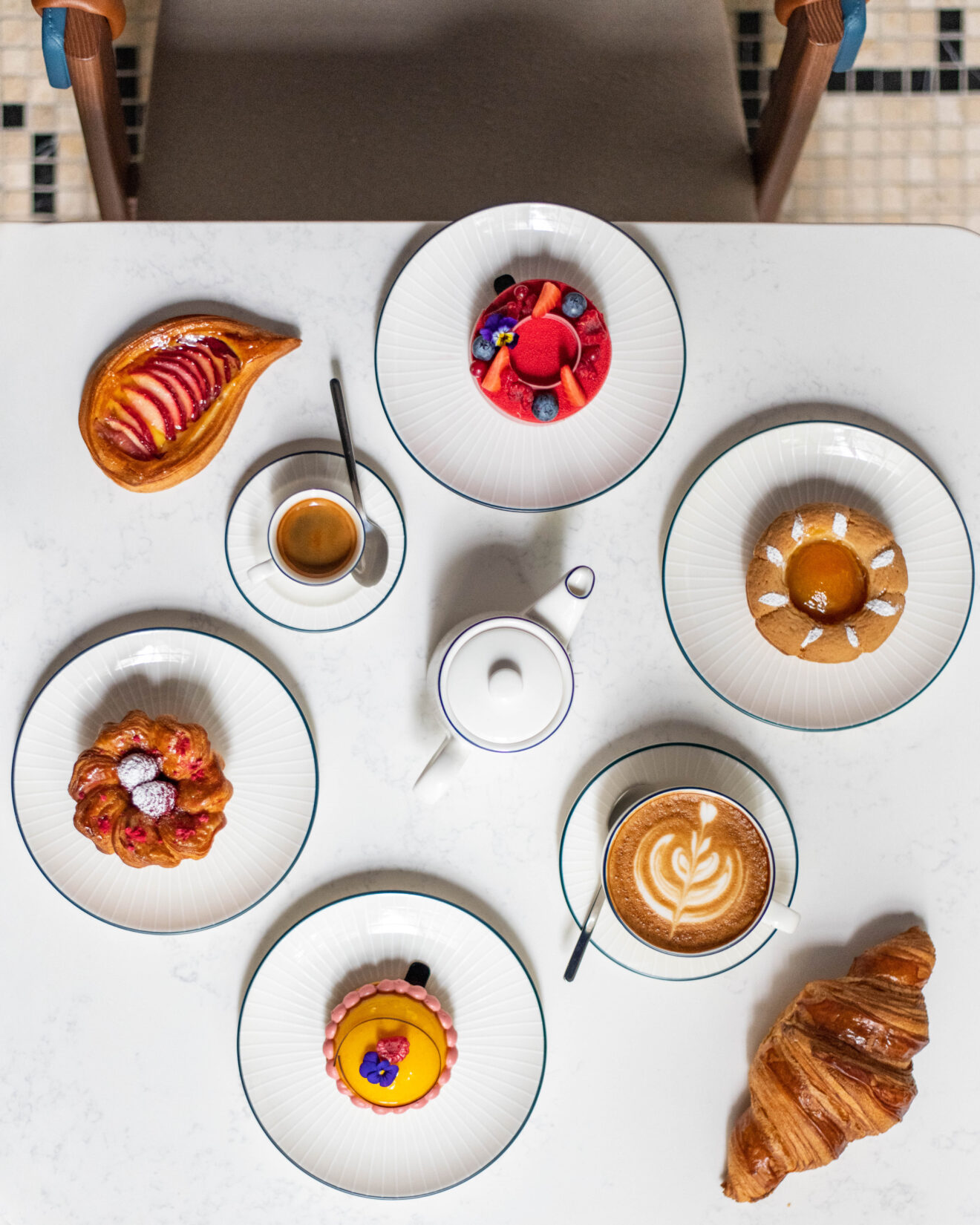 What was the first thing you learned to cook?

The first thing I learned to cook was lobster. I still think that perfectly cooked lobster is one of life’s simplest, and most delicious, pleasures.

How would you best describe the concept at CORD, the space and its culinary offering?

The unique thing about CORD is that it is much more than just a fine dining restaurant. It is an all-in-one concept that also incorporates a café, cooking school and culinary event space. Our Parisian-style café offers a relaxed setting for casual dining with a wide selection of lighter lunch options freshly made on site, it’s also a perfect stop for an on-the-go coffee or a breakfast smoothie. I can confidently say that our viennoiserie and pâtisserie selection is among the best in London.

For a more refined experience, guests can dine at the restaurant where we offer a selection of carefully crafted, fine dining menus. From daily a la carte, an accessible weekly changing set lunch through to dinner tasting menus. Ideal for lunches where time is limited, the set menu is served within an hour and a half, coupled with a fine selection of wines by the glass.

Tell us more about the on-site cookery school, private events and its short courses…

Staying true to its roots, Le Cordon Bleu’s culinary institute has a home at CORD. Le Cordon Bleu Master Chefs from London’s institute lead a series of gourmet short courses for aspirational chefs in worldwide cuisine, food and wine pairing and patisserie. Here, we also host corporate short courses ideal for team building, followed by a meal in the restaurant.

The restaurant boasts two private dining rooms, fully furnished with audio-visual equipment, perfect for business meetings or social gatherings. The restaurant, café and institute space are also available for exclusive hire for a variety of events, from award ceremonies to culinary competitions, Christmas parties and more. 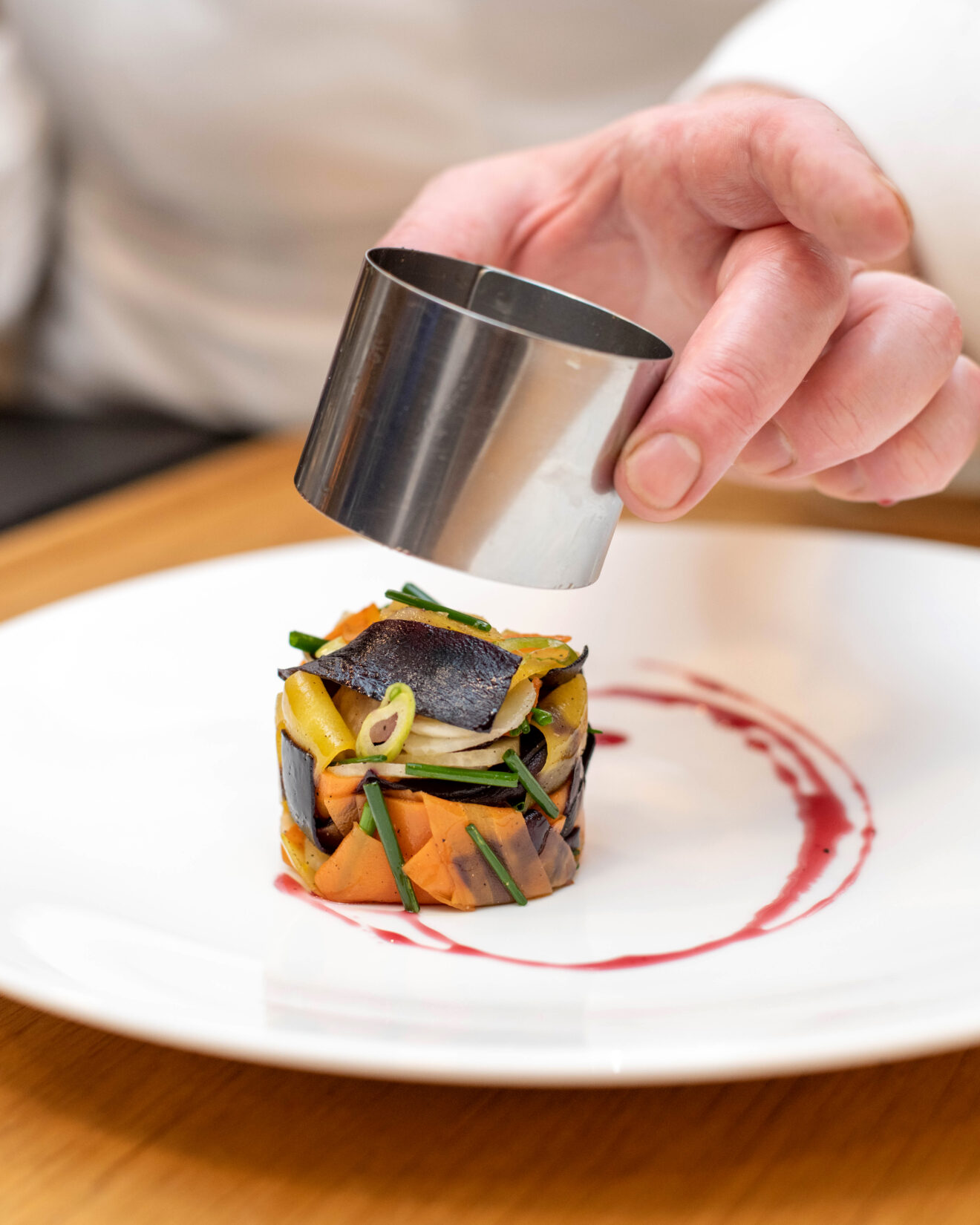 What inspires your cooking?

Seasonal ingredients and commitment to supporting local produce. I can’t imagine working with summer vegetables in winter or vice versa, local produce guarantees freshness and therefore most flavoursome dishes. I am also inspired by Mediterranean cuisine and generally enjoy learning about the intricacies of different cuisines from around the world.

One dish on the menu right now that everyone should try…

What would be your three desert island ingredients?

The top three ingredients on my list would be: Sicilian olive oil from Casanova and Daughters, salt and pepper, and lemon. With these on hand, I can turn any indigenous ingredients into a delicious meal.

What advice would you give to those looking to work in the industry?

Working in a professional kitchen isn’t always easy, it’s a hard job, but the rewards are many. I think to make it as a chef, one must be very passionate. Seeing customers enjoying the plate of food you’ve put out makes the hard work worth it. What I also love about my job is that it varies from day to day, there is no set routine in the kitchen and the restaurant business.

Where can we find you eating on a day off?

I like tapas restaurants such as Barrafina or Blanchette. On Sundays, you’ll find me at home enjoying a fresh seafood platter.