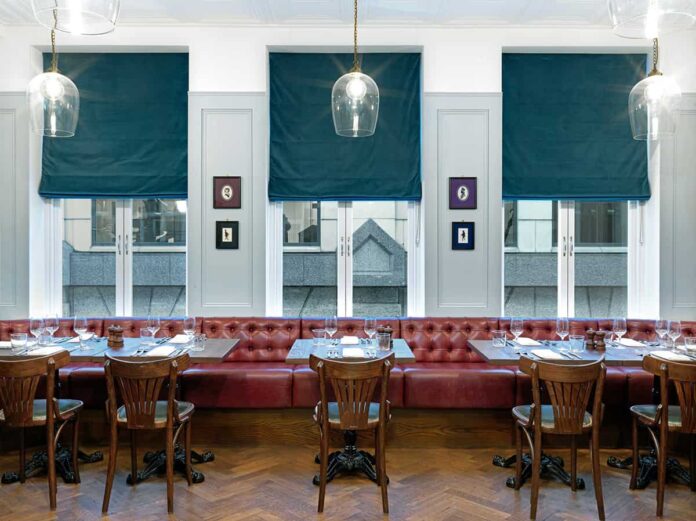 Samuel Pepys’ experience dining at the Three Cranes in January 1662 wasn’t a happy one.

The famed diarist did not mince words when he described the best room of the house as “a narrow dogg-hole” that reduced the meal to “a sorry, poor dinner”.

In fairness to the 17th-century tavern, it should be noted the source of much of Pepys’ distress was actually the company he was keeping; more specifically his uncle Fenner’s new bride; “a pitiful, old, ugly, ill-bred woman” and her “sorry, mean” relatives.

Thankfully, there was no sign of Fenner or his missus during our visit to the Three Cranes last week, though she would have to be up there with the worst of them to ruin this meal.

Once the favoured watering hole of river porters and waterman after a hard day unloading French wines at Vintry Wharf, the Three Cranes is now an upmarket gastropub with a bourgeois menu at the hands of Henry Harris, the former chef patron of Knightsbridge favourite Racine.

Harris has had a busy 18 months French-ifying pub food across the Capital, first at the Three Cranes, then the Hero of Maida (formerly the Truscott Arms), and Clerkenwell’s Coach & Horses now operating as The Coach.

From the Georgian pub on Garlick Hill and its century-old grill room, he’s trumpeting “old-fashioned British cooking” with “a detour through the bistros and bouchons of France”.

Confit duck and charcuterie loom large on the small menu, suggesting this might be something more than a detour, but it has been more than two years since the closure of Racine and we aren’t complaining.

Starters are simple yet refined, from tangy, fresh escarole, herb and mimolette salad to charcuterie with a punchy celeriac remoulade.

As expected, Harris’ steak tartare – widely regarded as one of the best in London –  is a standout; perfectly seasoned, light in texture but rich in flavour. For the main event, carnivores would do well to head straight for the grill; 35-day dry-aged Ayrshire beef plus a pair of lamb chops. Our rib-eye arrives smokey, flavoursome and oozing with a rich bone marrow butter that very nearly outshines its canvas.

On the lighter side, a grilled tuna loin is hardly an afterthought, beautifully cooked and served with caponata and olive and oregano butter.

Much has changed on the Three Cranes’ menu since Pepys’ time, but the wine list pays homage to the area’s history as the gateway for wine casks arriving in London from Bordeaux. As such, Saint Emilion is well represented but a decent range of price points should suit most parties.

So pleasant was the meal away from the din of post-work drinks in the bar below, it’s a wonder we were the only party dining on a Thursday evening. Someone should tell Pepys it’s safe to come back now, just don’t bring the family.