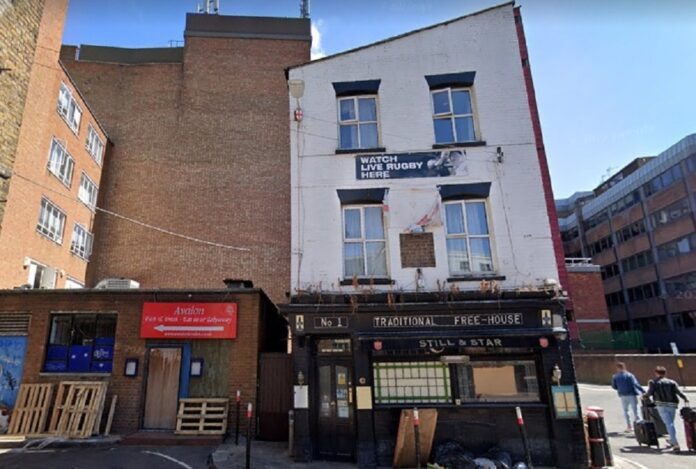 A 200-year-old London pub is set to be bulldozed for a new City office block.

A historic City pub is set to be demolished to make room for a controversial office block in the City of London.

A hotel company has won planning permission to demolish the Still and Star pub opposite Aldgate Tube Station and build a new pub and 16-storey office space in its place.

The 19th-century pub has been closed for four years and is not a listed building but history buffs and a local councillor argued it should be kept because it is one-of-a-kind.

Councillor Anthony Manchester objected to the development. He said: “The Still and Star pub… to my mind, represents an important part of our heritage and one we should seek to preserve where possible, particularly in regards to the working-class heritage of the area.” 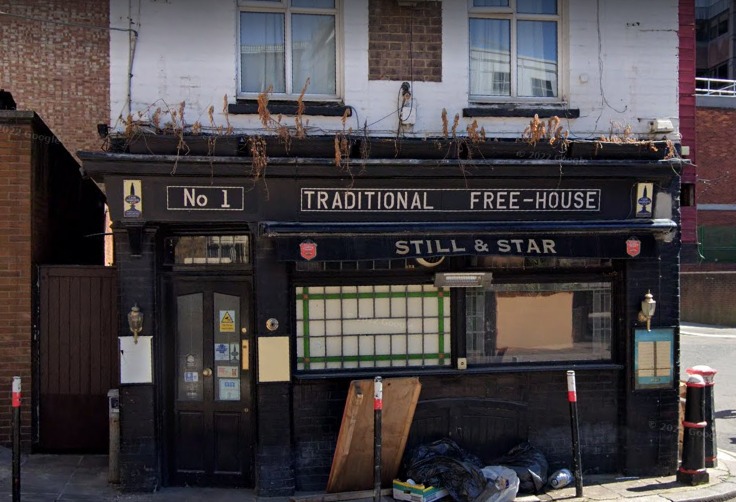 He added: “This is the last so-called ‘slum pub’ in the area… it is a pub that was originally a residential building that was given a licence to serve drinks. While the efforts have been made to move or rebuild the pub… the redesign of that looks to me like a very typical cavernous city pub for city workers and not at all in keeping with the heritage of the slum pub we’re trying to protect.”

NOW READ: What’s on around the City of London in May

The City Heritage Society, which seeks to protect historic buildings in the Square Mile, also objected to the pub being demolished. A letter by chairman Peter Luscombe said: “We consider that this rare survival of a simple single room and still public house should be retained. It is the only remaining example in the city and is rare nationally.”

The London and Middlesex Archaeological Society’s secretary Vicki Fox wrote to the corporation: “This proposed scheme continues to fail to address the nature of the pub’s historic significance as a building or mitigate the harm that will be caused by its destruction. The overhang of the proposed office building would dominate the pub, resulting in the loss of all perspective.”

Architect Friedrich Ludewig said his firm ACME and developer 4C Hotels have worked with Historic England and found out the pub has operated as a chain since the 1920s and the inside has been rebuilt multiple times. He added: “It is a slum pub with its history but it’s not by fabric so there’s nothing in the building that merits any kind of protection in that sense.

4C Hotels was given permission to build an office, hotel and 15-storey housing block on the site back in 2016. The hotel opened in 2021 and work on the housing is under way but the company submitted new plans for the office in 2021. The new development promised a more sustainable building with new features like openable windows and extra public space on the ground next to the block.

Tower Hamlets Council raised concerns about the building’s impact on views of the Tower of London and the Corporation received eight letters of objection relating to the design of the office block, loss of the pub and carbon dioxide emissions created by the development.

The City of London Corporation approved the plans on Tuesday April 26, with 18 votes for and five against.