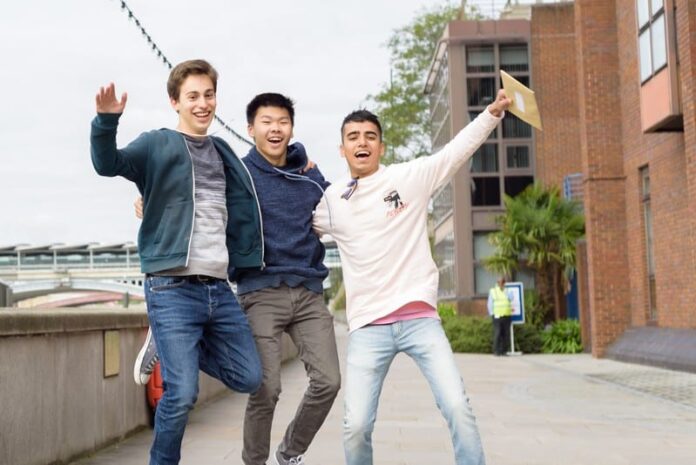 Adrenaline was running high at the four academy’s sponsored by the Corporation on 24 August, with pupils across the City and further afield in Hackney, Islington, Southwark and Ashtead dropping into school one last time to open their grades.

A staggering 89% of City of London School results were A*-A grades, leaving acting headteacher of the all boys school purring.

Richard Brookes, has said: “These results are testament to the boys’ diligence, commitment and ambition, and to the dedicated support and guidance from their teachers.

“I am sure that the boys will go on to achieve further success in the sixth form.”

A total of 64 boys picked up nine A* grades or better, with one student locking in a remarkable 13 A* grades and a further eight opening 12 A*s.

But even that monumental achievement was eclipsed by the brainboxes at City of London School for Girls, where an unprecedented 97% of grades came back as A* or A.

But it is not just within the borders of the Square Mile that shrieks of delight could be heard from ecstatic youngsters.

Henry Colthurst, Chairman of the Education Board at The City of London Corporation said: “We are very proud of how hard our students have worked, and we are delighted that this hard work has translated into tangible results which will enable them to pursue the further education and employment training opportunities of their choice.”

Elsewhere, in Southwark’s Corporation-sponsored academy, 76% of students – including Katie Clark and Aimydj Elenda  (pictured) – achieved a minimum of 5 A*-C passes, including English and maths, while Hackney pupils went one better to secure 77% A*-C grades.

Andrew McMurtrie, chairman of the City of London Academies Trust, which is set to open five new schools in the coming year, said: “We are very proud of our students and what they have achieved.

“We wish them all well with their next steps and look forward to welcoming many of them back into the sixth form.”