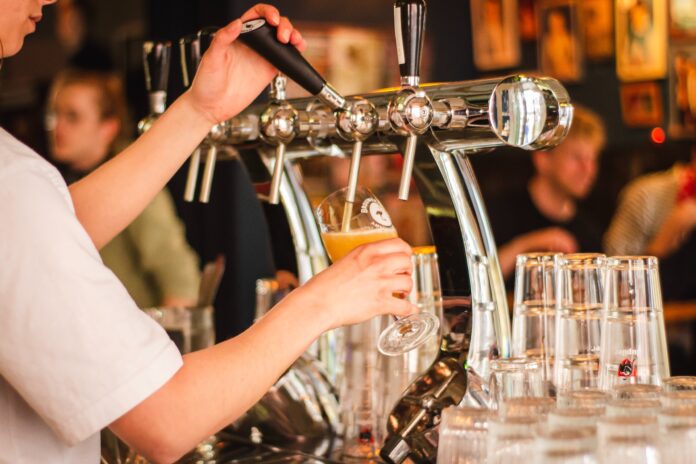 Bosses of some of the iconic street’s ancient pubs say they are making as little as £60 at lunchtime.

Pre-pandemic, the pubs would have been packed with lawyers from the City and office workers.

Several pubs remained shut after the lockdowns, including the Tipperary, London’s oldest Irish hostelry, built in 1667.

And workers travelling in to the office on certain days have made Thursdays evenings the new popular time to grab a pint. The pubs are desperate to find new ways to bring in customers.

Scott Custis, who started working at the Old Bank of England pub in December 2019, said the 136-year-old established was struggling.

He said: “It’s just made everything so unpredictable. You used to be able to set your watch by the time you were going to be busy. When I joined, every evening would have a rush on. Now we don’t. It’s like being in a rural pub. It’s very strange for this area.”

During the lockdown months, the pub spent £2 million on refurbishments and even had a red vintage double-decker bus craned into the garden.

But the London bus has remained mostly empty, even when the pub reopened.

Scott added: “It’s like the bus is the last night bus. This last Christmas, all our bookings fell away. We were closing a couple of hours early because everyone dropped out.”

Elsewhere, Ye Old Cock Tavern has often been deserted. Pre-pandemic, the pub was a regular lunch spot for business workers and tourists, but when the Local Democracy Service visited, just one group had been in for lunch.

Ye Old Cock Tavern bartender Leila Armstrong said: “These are the first customers I have had for lunch all week. After those groups leave I don’t think I will have anyone else in until five.

“We used to have really busy lunchtimes. We were taking in £1,000 at lunchtimes and now we make like £60. Fleet Street is struggling. It’s like a ghost town.”

The pub is now opening on Saturdays to try and lure in tourist trade.

The iconic street, which has served drinks to Geoffrey Chaucer and Henry VIII in its rich history, is now deserted after 7pm.

Many office workers have adopted a “TWaT week” – only going into the office on Tuesdays, Wednesdays and Thursdays.

Punch Tavern bartender Isabelle D’ambrosio said City workers rushed in on Thursdays but the rest of the time the pub was quiet.

She said: “We have had to close here a couple of times. We might start opening on Saturdays. [On Thursdays] It gets to like 8pm and you have a rush of people. We sell about 50 to 100 pints.”

The nearby Albion pub told the Local Democracy Service they now do three times as much business on a Thursday night than it does on a Friday.

Transport for London said commuter numbers were still at half normal levels at the end of January.