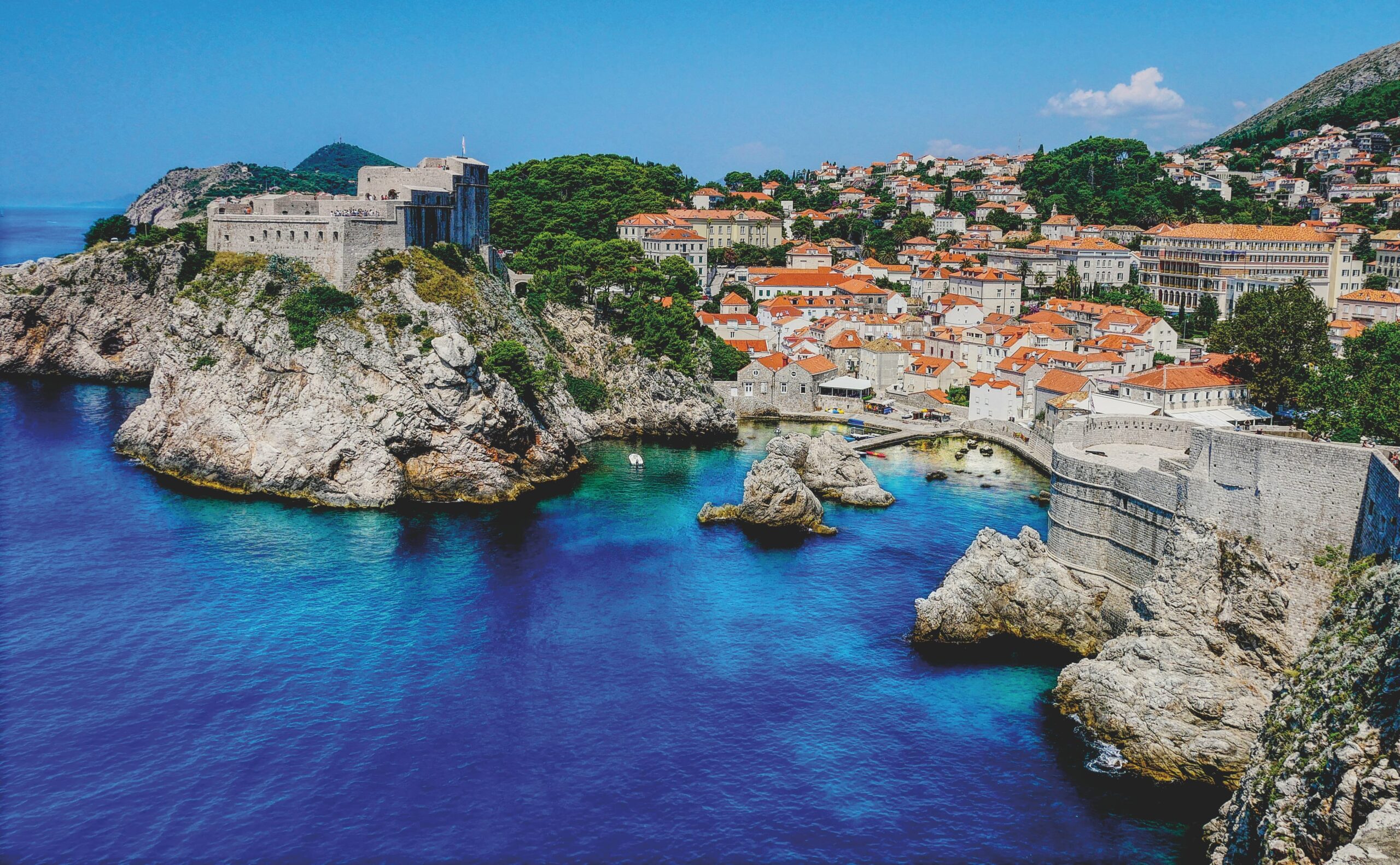 With some travel restrictions easing in the next few weeks, and the temperature soon to take a turn, is it time to pack your bags and take to warmer climes? With London City Airport on the doorstep of the Square Mile, there’s no excuse.

Offering an array of options to jet off to, London City Airport is waiting for you to arrive at departures and take to the skies.

Amsterdam
Famous for its canals, narrow houses and history, Amsterdam is a small, yet fully-formed capital city and a top London City Airport destination. Art is a huge focus for the city, so allow yourself time to visit its museum district where you’ll find the Van Gogh Museum and modern art at the Stedelijk. For history buffs, take the stroll along the canal to Anne Frank’s House for an insight into the young girl’s life during the second world war. Stop off for a light lunch on a terrace at Amsterdam’s famous park restaurant, Vondelpark3. The 19th-century building is found in the heart of Vondelpark.

The capital of Northern Ireland, the majestic city is a sightseeing destination and the perfect place to get active. The birthplace of the Titanic, explore the many dockyards and museums dedicated to the historic ship which set sail to America. Then, take some time to relax after a busy day of exploring with an afternoon tea at the world-leading museum, Titanic Belfast. Situated in the Titanic Suite, which features a replica staircase to one on RMS Titanic, you can enjoy a glass of fizz and a sweet treat while imagining what life would’ve been like aboard.

Known for its big party scene, the capital of Germany is also famous for its arts and culture, as well as iconic landmarks such as the Berliner Philharmonie, which was built in 1963.Take a friend and spend an exclusive evening in one the city’s high-end bars. Drink a couple of cocktails at one of Berlin’s highest bar. With views in every direction of the capital, the revolving restaurant is found at the top of the tower Berliner Fernsehturm.

The capital of the Republic of Ireland, you’ll be surrounded by ample things to do and see. Visit Dublin Castle, which dates back to the 13th century or take a stroll through one parks, including the giant Phoenix Park which is home to Dublin Zoo. After a long day of sightseeing, enjoy a glass or two at Dublin’s oldest wine bar, La Cave Wine Bar.

The Scottish city of Dundee has an abundance of things to see and do. Whether you want to learn more about the history of the destination by visiting its museums and monuments, or you want to look to the future with the city’s new scientific and design hubs, there’s something for all ages and abilities. Situated adjacent to the V&A Dundee, book a night at the striking Victorian hotel, Malmaison Dundee.

You’ll find streets lined with boutique shops as you venture around the German city, regarded as the place to be for the fashion and art scene. If you’re after a beautiful work of art or the latest trends to wear home, make sure you head to streets such as Königsallee and Schadowstrasse and you won’t be disappointed. Don’t leave without visiting Schadow Arkaden, a shopping centre on Schadowstrasse. The building is home to more than 60 stores.

Just over an hour from London City Airport, Scotland’s capital is a vibrant mixture of culture and history. Whether you amble around the medieval Old Town, take a break in the Georgian gardens, or dine out at Michelin-starred Noto and sample the exquisite, modern British cuisine, there’s something for everyone.

One of the most romantic places in the world, Florence is the capital of Italy’s Tuscany region and you’ll find works of art around every corner. The beautiful city is home to some of the most wonderful museums, palaces and churches in Europe. You can’t visit without taking a trip to the Duomo, a domed cathedral created by Brunelleschi, or the Galleria dell’Accademia with Michelangelo’s ‘David’, and, finally, the Uffizi Gallery where you’ll find Botticelli’s ‘The Birth of Venus’. Grab a coffee at Caffe Gilli, opened in 1733, and watch the world go by.

The German city is a beautiful place to fly to for a winter break and a popular London City Airport destination. Predominantly rebuilt after World War II, the bustling city has many excellent museums dotted along the river Main. Head to Altstadt’s Romerberg square in December and you’ll be treated to the chocolate box annual Christmas market with many stalls selling mulled wine and seasonal treats.

The Swiss city, you’ll find Geneva at the tip of Lake Geneva. The city is framed by the Alps and the Jura mountains, as well as the perfect place to have a great view of Mont Blanc. Start your day with breathtaking views of the famous lake with brunch at Bayview at President Wilson Hotel. The menu is thanks to Michelin-starred chef Michel Roth, which includes specialties from Europe, the Middle East and Asia.

A port city, Glasgow is known for its rich history but is now known as a modern-day cultural hub. Spend the day roaming the streets of the Scottish city before saunting around the beautiful Kelvingrove Art Gallery and Museum. If contemporary art is more your thing, head to the centre of the city and you’ll find the Gallery of Modern Art. Finish your day by trying haggis at The Bothy, tucked away just near the vibrant West End.

The liveliest of the Balearic Islands, Ibiza is
home to many European nightclub’s sister venues. However, if you’re looking for quieter vibes but with beautiful views and warmer weather, the island is also home to quieter villages and beaches. For live music, exquisite sunsets and a glass of something cold, take a seat at Cafe Mambo – it really is paradise. A London City Airport destination you need on your travel list.

For a sophisticated weekend trip, why not take a flight to Luxembourg. The small country is framed by Belgium, France and Germany. Explore the Ardennes Forest or rocky gorges of the Mullerthal region, or embrace city life in the capital, Luxembourg City, where you’ll find the old town on top of cliffs. After a day of walking, take a break at the famous Ladurée Luxembourg. Take your time with your coffee and macaroon while watching the world go by.

On the southern tip of Spain’s Costa del Sol, Malaga has seen a rejuvenation in recent years. The port city now offers an array of artistic attractions and a growing food scene. Malaga is fast becoming a foodie destination, and nothing says revamped Malaga more than the city’s port area, Muelle Uno. There you’ll find the restaurant Jose Carlos Garcia, where you’ll be treated to experimental Michelin-starred cuisine.

When you think of Mykonos you think of traditional whitewashed houses, blue shutters and churches; however, if visiting the gorgeous Greek island, you’ll be amazed by the traditional windmills situated in Little Venice. The district is also a great place to pour yourself a glass of fizz with a loved one and enjoy the sunset. Head further inland and sip on something exotic at the exclusive Champagne and cocktail bar, Queen of Mykonos. A favourite London City Airport destination.

You’ll find Nice on the beautiful French Riviera. Breathe in the fresh sea air with a stroll along the bay, or climb the stairs to Castle Hill for spectacular views over the city and Mediterranean sea. Full of glitz and glamour, the city is the perfect place to relax in luxury while topping up your tan. Between gallery trips, take a pitstop to enjoy local treats and delicacies, like Socca, Niçoise salad, or Pissaladiere, which is similar to pizza. Grab a mid-afternoon drink at Cave de la Tour next to the 13th-century Saint-François Convent. Cave de la tour is one of the oldest wine bars in Nice.

The largest city in the Netherlands, Rotterdam is another port city famed for its nightlife and hipster lifestyle. Populated with skyscrapers and modern architecture, innovation is the mantra of Rotterdam. Head to the 17th-century neighbourhood, Delfshaven, for places to shop and eat. You’ll also find the Pilgrim Fathers Church there, where the pilgrims worshiped before sailing to America. For something a little different, book a table at Le Souq in Delfshaven for some delicious Lebanese cuisine.

It’ll take you around two hours to get to Palma from London City Airport. And, believe us, it’s worth it. The beautiful city and capital of Mallorca is not only picturesque but full of transcendent, historical buildings. Take the gothic Santa Maria cathedral which overlooks the Bay of Palma. Make sure you head to Bar Abaco Mallorca for a sundowner in the legendary cocktail bar, where you’ll be surrounded by beautiful antiques while you sip on your drink.

Known for its baroque architecture and medieval old town, Lithuania’s capital, Vilnius, is a cool yet compact city and a popular London City Airport destination. Make sure to take a walking tour to soak in all the sights and sounds. Looking for a fine dining experience? Book a table at Nineteen18 for an incredible menu using local ingredients from the farms and nature.

The largest city in Switzerland, Zurich is also known as the banking and financial capital of the country. At the bottom of the Swiss Alps, the city is home to both high-end living and cultural hot spots. By day, make sure you shop at the multitude of designer shops, by night hit the huge music scene and dance the night away. For a real upmarket clubbing experience, head to Kaufleuten which regularly hosts fantastic events with world-famous DJs.

Always check each country’s travel guidelines before you book.

Not going away just yet? Try Michelin-starred food right on your doorstep. Check out some of the best restaurants in the Square Mile, here.