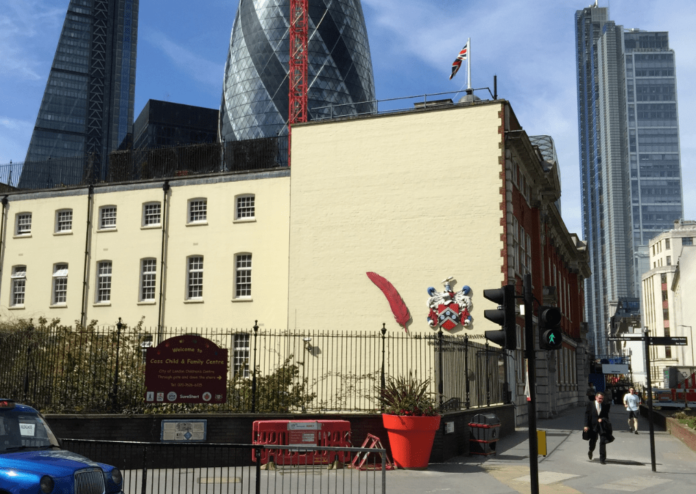 Staff and students at a City primary school are breathing a sigh of relief, after its air pollution levels fell below the legal annual limit for the first time in over 15 years.

Sir John Cass’s Foundation Primary School in Aldgate has received the cleanest bill of health for its air quality since records began, with City of London Corporation research finding levels of nitrogen dioxide (NO2) were below annual limits in 2017.

Researchers tested levels for two types of tiny particulate matter measuring 10 micrometres and 2.5 micrometers and found that both were below government limits.

The data, which has been verified by King’s College London, was released almost 18 months after the school was forced to restrict outdoor activity for its younger students as Mayor Sadiq Khan issued a “very high” pollution alert for the Capital.

In January 2017 the school’s air pollution monitors recorded the highest level readings for tiny particulate pollution, prompting staff to keep students aged under five indoors for most of the day. Older pupils were advised to cut back on strenuous exercise if they felt unwell.

The planting of ‘air quality plants’ throughout the school grounds, green walls made from ivy screens, new air filtration units in classrooms, and teaching pupils to reduce their exposure to air pollution have all been implemented as policies to curb dangerous trends.

Headteacher Tim Wilson said he was pleased that the collaboration with the ocal authority has helped to improve the health and lives of students.

“The measures taken at the school and education to reduce exposure have proven invaluable.”

But it is not just inside school grounds that measures have been taken to make the air more breathable. The local area has been transformed with the removal of the unsightly Aldgate gyratory system, the planting of 71 trees, and the creation of a new public square.

Pedestrian access and cycling routes have been improved and traffic closed at the junction of Middlesex Street and St Botolph Street.

Chairman of the City’s environment committee, Jeremy Simons, said recent readings give evidence of the effectiveness of schemes, but concedes more must be done.

“These results clearly show that our collaborative approach to improving air quality in the area is working.

“This achievement is a beacon highlighting what others can do to tackle air quality across London.

“It is one small step on the journey for clean air in the City. We are working with schools, developers, minicabs firms, charities and the capital’s local authorities to improve the air that Londoners breathe.”