A raid led by the City of London Police’s Intellectual Property Crime Unit (PIPCU) and Greater Manchester Police has so far uncovered an estimated £7.5 million of branded clothing, shoes and perfume suspected to be counterfeit.

The joint action between both forces and Immigration Services, has also seen 15 people arrested – 11 for offences relating to the distribution of counterfeit goods and four for immigration offences.

The three premises in Cheetham Hill were raided by police officers on 11 March 2020 in a large scale operation aimed at cracking down on the sale of counterfeit goods.

The search warrant, which developed from a previous operation that involved the sale and distribution of counterfeit items through an online sales platform, involved 100 officers and staff.

Officers worked throughout the night to clear all three units, and although the investigation is still ongoing, they have so far confiscated suspected counterfeit: shoes, clothing, handbags, watches, wallets, perfume, sunglasses, headphones, and fake brand labels. 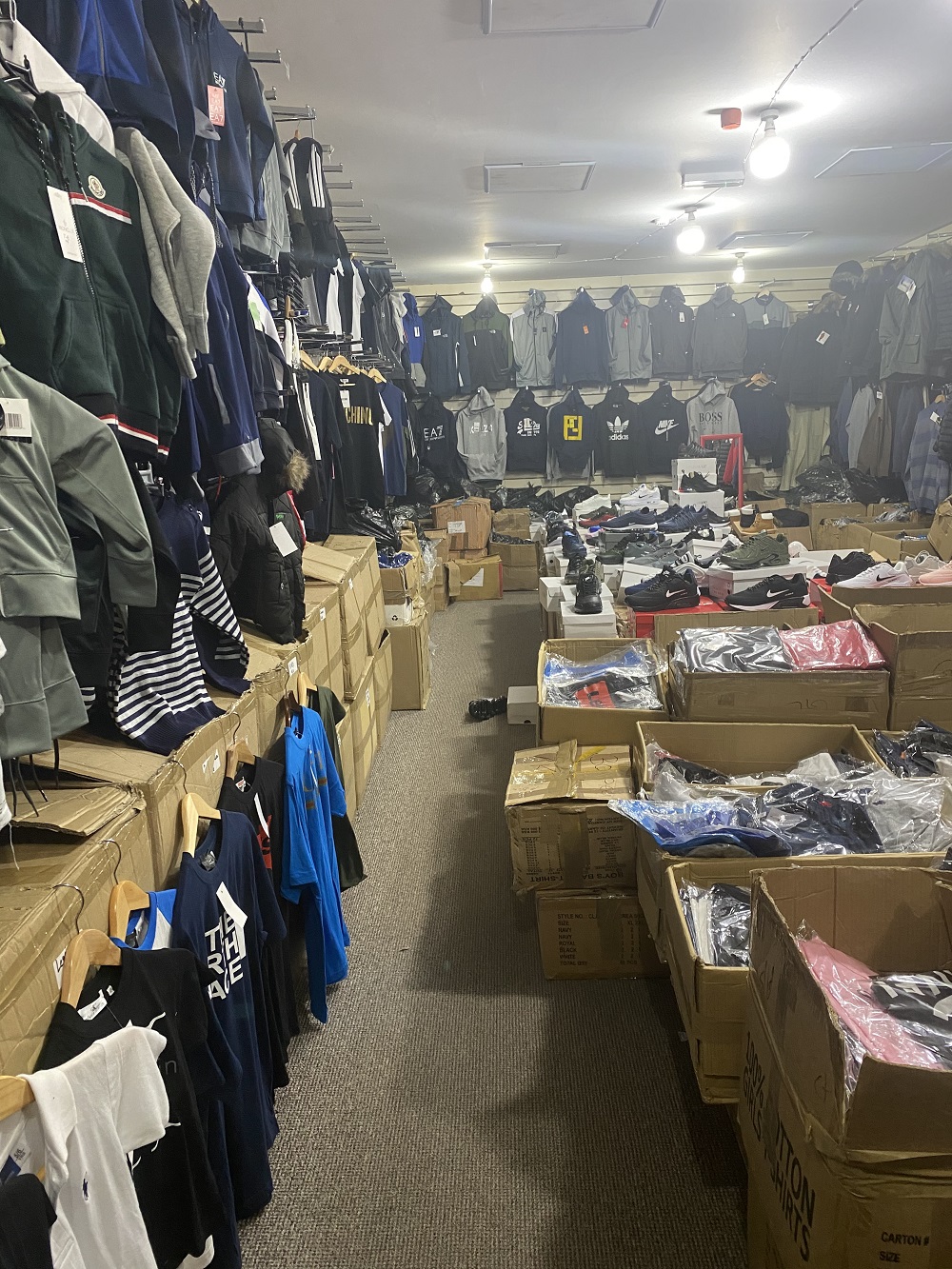 Mobile phones and cash has also been seized from those arrested.

“An individual may think that when buying counterfeit goods they are only affecting a multi-million pound brand, but in reality they are helping to fund organised criminal activity.

“Counterfeiting is not a victimless crime. These fake items can pose a health risk to individuals as they usually are not fit for purpose or have not gone through the legal health and safety checks. For example, counterfeit makeup and perfume can contain harmful chemicals that can damage the skin.

“We would like to thank Greater Manchester Police and our other partners for helping to tackle the scourge of the counterfeit goods problem.”