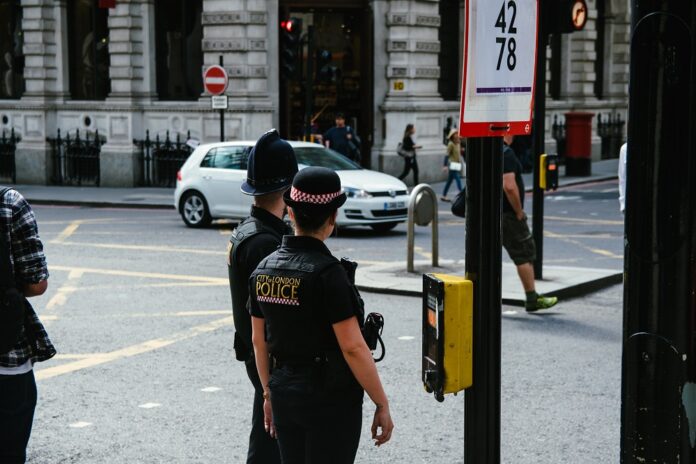 City of London Police and the City of London Corporation have launched the first Policing Plan under the new chief officer team, led by Commissioner Angela McLaren.

The Policing Plan, which lays out the direction for the force over the next three years, sets out the force’s local role, where it is responsible for keeping the iconic City of London safe, and its national roles in relation to economic crime, cybercrime and protective security.

Commissioner McLaren said: “This plan intentionally puts victims at its heart and has a strong focus on creating a culture of equity and belonging. Policing is a people business and living our values of professionalism, integrity and treating people with compassion, both inside and outside the organisation, will be key to how we operate. The way our services are delivered and received by the public and the way our people feel about working in the City of London Police, will be indicators of success.”

“Tackling crime requires an understanding of the root causes and a whole-system response. We will continue to work collaboratively with partners, including the Corporation, law enforcement and the public and private sectors to prevent and reduce crime and bring offenders to justice, locally, nationally and internationally.

“The last two years have been particularly difficult for society and for policing. I am proud to be leading the City of London Police and look forward to working collectively to deliver a modern, engaging and professional service for all our communities.”

Chair of the City of London Corporation’s Police Authority Board, James Thomson, said: “The City of London Police is of fundamental importance to the Square Mile’s business and residential communities.

“Its officers work tirelessly to ensure that the City is the safest business district in the world.

“In addition to policing the Square Mile, the role that it performs as National Lead for tackling fraud and cybercrime is central to maintaining the City, London, and the UK’s competitiveness for financial and professional services.

“We will support the City police in strengthening its already world-leading roles in protective security and tackling economic crime, and we will continue to challenge it to improve diversity and inclusion, and deliver justice for victims of crime, including violence against women and girls.”

The Policing Plan is for a three-year period up until 2025, but will be refreshed on an annual basis.

The City of London Police Authority Board’s main role is to make sure the City Police runs an effective and efficient service, ensuring value for money in the way the force is run, and setting policing priorities taking into account the views of the community.