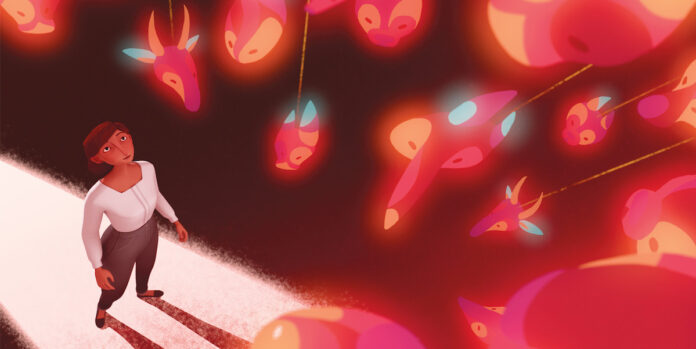 When the weather gets as bad is it is now, the desire to leave the office for your lunch break decreases rapidly – dining al desko becomes the norm.

But the teams at Radiant Circus and Lunchbox Theatre have set up a new afternoon film club just for City of London workers and residents (but mostly workers) who need a proper excuse to get some time out of the office. Every Tuesday to Friday at Bridewell Theatre, their popup cinema will be screening bitesize films at lunchtime.

The programme has something for just about all tastes too; including a diverse mix of drama, documentary and animation.

Designed to fit into fast-moving lifestyles, each lunchtime screening lasts 50 minutes (with no adverts!) and audience members are invited to bring their own lunch. That’s a massive win. A cinema that actually lets you take in your own food. No more hiding home popped popcorn in your backpack. Or is that just us?

But for those wanting a little extra nourishment, the Bridewell Theatre bar will be open for drinks and snacks 30 minutes before each screening.

And, as a special launch offer, every ticket comes with some free popcorn and a limited-edition movie-zine about London’s alternative cinema scene. Definitely no reason to pop your corn at home.

Lunchtime Film Society is designed to create a much-needed change of pace in otherwise hectic lives.

Barker-In-Chief at Radiant Circus, Richard Clark, notes how “Research shows that eating lunch at your desk seriously dents your happiness, productivity and creativity.

It such a smart idea. As we all need a reason to get away from the desk to clear our heads and escape. There just aren’t enough things like this happening in the City of London on weekday afternoons.

The Lunchtime Film Society runs from 22 October until 1 November at Bridewell Theatre. Book tickets via sbf.org.uk/whats-on