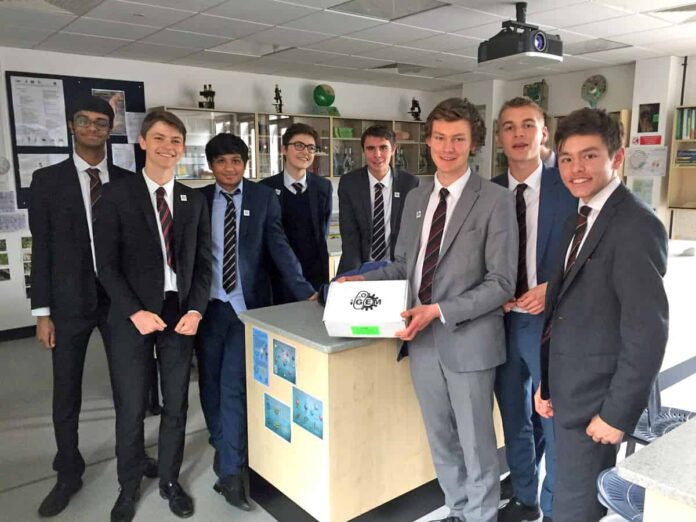 A TEENAGE team from the City of London School has scooped a gold medal and four special prizes at the iGEM finals in the USA after working on a novel technique to diagnose cancer easily, cheaply and at a curable stage.

Seven sixth formers, accompanied by head of biology Mr Zivanic and biology teacher Dr Pattison, touched down in Boston to present their project in the premiere student competition for synthetic biology.

A total of 295 teams and hundreds of experts from every continent made up the annual contest, with City’s team showcasing a year’s worth of research into detecting lung cancer early via a genetic circuit.

The boys designed their own genetic parts in a way so that their final sensor would be usable outside the lab without need for any microbes, thus being very safe.

They also mathematically modelled their project to improve the design, spoke with leading doctors and other experts to create a clinical implementation strategy (integrated human practices), as well as creating software and hardware tools.

These included a synthetic biology voice assistant that works on Amazon Alexa and Google assistant, an app to speed up the design process, and a £4 portable fluorometer to measure the output of their test. To top it all off, they created their own website to document the entire project.

They worked throughout the holidays and spent many long nights on their research, balancing the massive amount of work with university applications and exams.

Competing against 40 other high schools from across the world, the team were delighted to receive a gold medal, beating out entrants from American institutions such as Stanford, MIT and Harvard in the process.

“This is a tremendous achievement for the boys and staff involved.

“This is unique amongst British schools, and reflects the quality of thought and dedication that has gone into the project.”