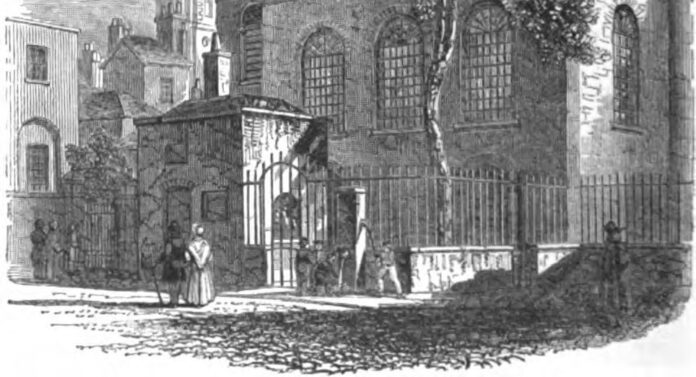 Next time you find yourself in Mitre Square, have a look at the street sign on the alleyway that leads up to Duke’s Place.

The street sign mounted on the wall stipulates that this little thoroughfare is called St James’s Passage. This is the last surviving indicator of the church that used to stand exactly where Sir John Cass’s Primary School is now located.

The long-vanished Parish Church of St James’s Duke’s Place is worth remembering for the notoriety it once enjoyed in performing irregular marriages within the City of London.

The area, which today encompasses the primary school, Mitre Square and Mitre Street once formed part of the wealthy and powerful monastic settlement of Holy Trinity Aldgate, originally founded in 1108.

Then came along Henry VIII who famously fell out with the pope over the latter’s stubborn refusal to annul Henry’s marriage to Catherine of Aragon to enable the king to marry Anne Boleyn, whom Henry was infatuated with.

The megalomaniacal response from the lustful king ultimately led to the establishment of the Protestant Church of England, an event that would change the country forever.

One of the outcomes of this was that all the wealthy religious monasteries in England were dissolved, with their buildings and real estate confiscated and the land either given or sold to influential friends of the king.

This was the fate of Holy Trinity Aldgate, with the land being seized from the Augustinian canons and passed to Sir Thomas Audley, who proceeded to build himself a large, rather impressive house there.

Audley’s only child, a daughter, married Thomas Duke of Norfolk, who in turn inherited the land. This is where the modern street name of Duke’s Place comes from.

However, one vestige of the old monastery bizarrely remains in place today, with some ancient medieval arches now protected and entombed inside the modern office block located at the junction of Leadenhall Street and Mitre Street. Large glass windows mean that you can easily view this medieval relic from street level, and if you have never noticed this before it is most certainly worth a quick look next time you pass by. 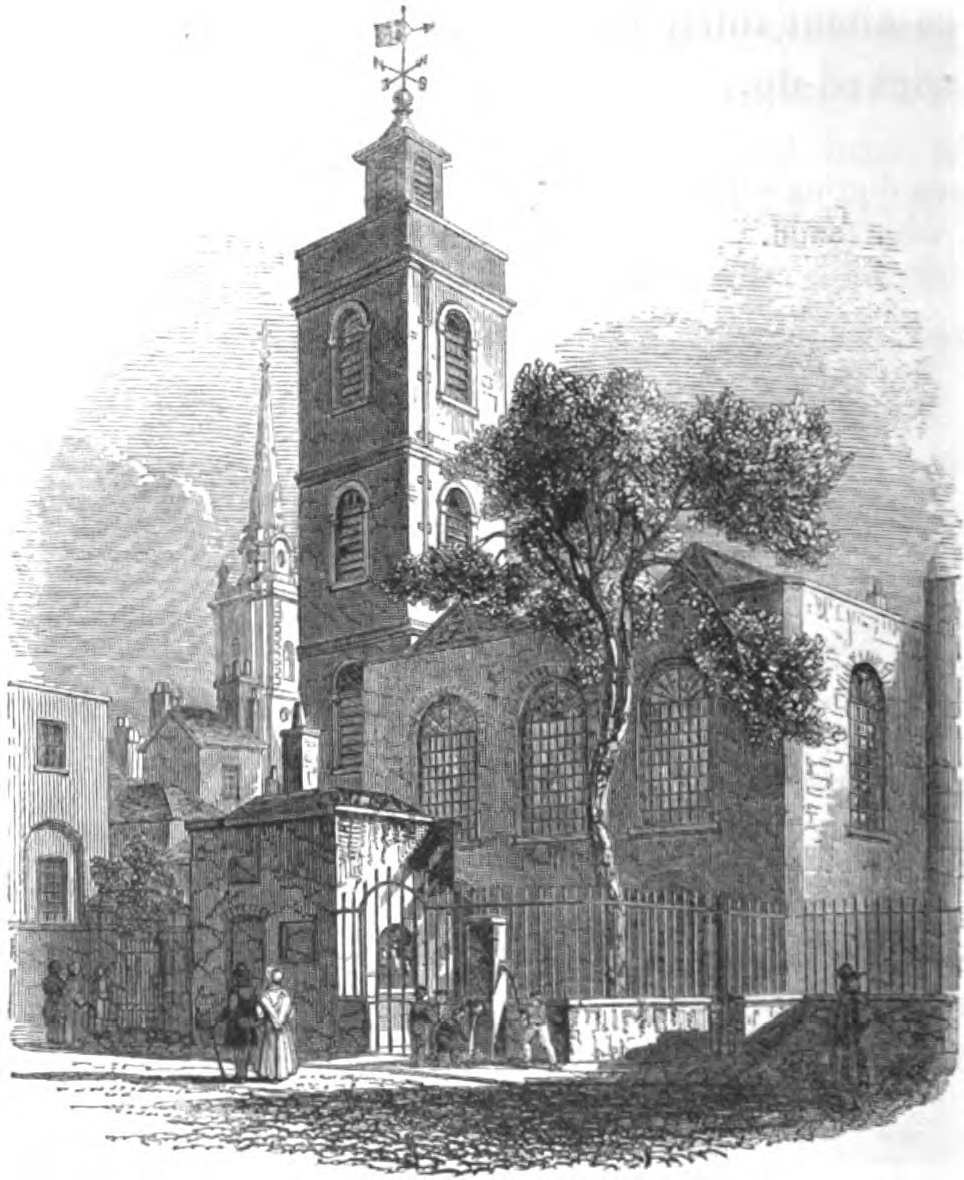 The land eventually passed into the ownership of the City of London Corporation, with King James I agreeing to demands from local people that they should have their own parish church, after some parishioners fell out with the clergy at nearby St Katherine Cree.

St James’s Duke’s Place was built in 1622, but it is worth noting that this wasn’t exactly your typical City parish church. For one, it fell outside the control of the Bishop of London, and the City of London Corporation maintained and exercised the right to appoint the minister.

The new church soon manipulated this unusual situation to gain a bit of a reputation for itself by becoming the place where people could get hitched while bypassing the irksome rules and regulations that would normally apply.

Marriage banns continue to be a tradition within the Church of England, whereby the parish priest will announce the intention of a couple to marry during the main Sunday service for three consecutive Sundays preceding any planned marriage.

The purpose of this is to publicise impending marriages so that members of the community have the opportunity to raise any religious or civil objections they might have to proposed nuptials.

However, because of the legal loophole of St James’s Duke’s Place not falling under the jurisdiction of the Bishop of London, people could get hitched there without these banns having to be read out in church beforehand.

Normally, if people couldn’t wait for three Sundays for the banns to be read, they would instead require a special license granted by the Bishop of London.

However, again, this didn’t apply here as the parish conveniently fell outside the bishop’s control. Best of all, parental consent was not required to tie the knot at St James’s Duke’s Place.

Your pesky father couldn’t therefore ruin your amorous designs to marry the love of your life by refusing to give his consent to the betrothal. In any other parish in the City, not toeing the line with these rules would render your marriage null and void. Not so at St James’s Duke’s Place.

Perhaps unsurprisingly, this made this tiny little parish church a very popular place to get wed in London during the 17th century. Some 40,000 marriages were recorded as having taken place here between 1644 and 1691.

To put that in context, that’s an incredible average of more than 16 marriages every week for 47 straight years. Not bad going for a tiny parish with less than 200 houses within its boundaries.

Aldgate’s own version of Gretna Green was a City tradition that was not to stand the test of time. By the 19th century there were minimal numbers of Christians left living in an area that had become almost exclusively Jewish.

The dwindling congregation remaining at St James’s Duke’s Place stood in marked contrast to the full pews at the Great Synagogue, which stood exactly opposite.

The Union of City Benefices Act of 1874 finally saw St James’s Duke’s Place pulled down and the land sold off, eventually to become the site of the relocated Sir John Cass’s School. Seven decades later, the Great Synagogue would also disappear, the victim of Nazi bombing during the Blitz.

While Halloween has come and gone, a final macabre point to make is that, at the time of the church’s demolition, two and a half centuries’ worth of corpses were exhumed from the churchyard of St James’s Duke’s Place and reinterred in the City of London Cemetery in Manor Park.

The location of this former burial ground now covers much of the current school playground, where today tiny feet happily patter, blissfully unaware of what used to lie beneath.