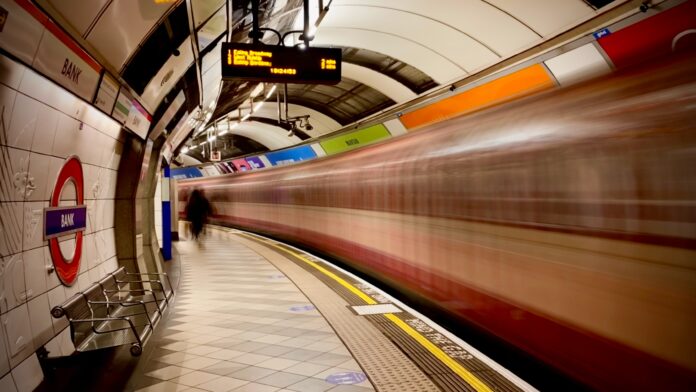 The City of London Corporation is celebrating the resumption of a full weekday service on the Waterloo & City line, following 20 months of closure or restricted service.

The London Underground line, which shuttles passengers from Waterloo to Bank, was closed by Transport for London (TfL) in March last year following Government advice to work from home as part of its response to the coronavirus pandemic.

In June, TfL reopened the line during weekday peak hours only and there has been a steady rise in passengers on the service ever since.

The Waterloo & City line will today be restored to its usual timetable with services running between 6am in the morning to 12.30am. Trains will run every five minutes, increasing to three minute intervals during peak times (6.30am-9.30am and 4pm-7pm).

Policy Chair at the City of London Corporation, Catherine McGuinness, said: “The iconic Waterloo & City line has connected the Square Mile with commuters from Surrey and beyond since 1898, so to have it back at full weekday capacity is absolutely fantastic news.

“TfL has reported that the number of weekday passengers on the London Underground is now regularly more than 60% of pre-pandemic levels, and the number of commuters using the Waterloo & City line has more than doubled since it partially re-opened in June.

“These figures are indicative of the steady return of workers and visitors to the Square Mile that we have observed over recent months.

“TfL’s resumption of a full service on the Waterloo and City line is yet another step in the sustainable recovery of the City, and for London generally.”

Chair of the City of London Corporation’s Planning and Transportation Committee, Alastair Moss, said: “The City is bustling once again as London’s recovery makes strides. This has meant that public transport has become much more busy and so the additional capacity offered by the return to a full weekday timetable on the Waterloo & City line is warmly welcomed.

“The increased number of services for City workers, visitors and residents will not only improve access to the unique retail, hospitality and cultural offerings in the Square Mile, but it will also help relieve congestion across other lines across London’s transport network.”