Captain Tom Moore awarded Freedom of the City of London

Captain Moore, who celebrated his landmark birthday on 30 April, launched ‘Tom’s 100th Birthday Walk for the NHS’ on 6 April.

The initiative involved completing 100 laps of his garden to raise £1,000 for NHS Charities Together, which supports staff and volunteers caring for Covid-19 patients.

The target was reached on 10 April and since gaining widespread media attention, the amount on his JustGiving fundraising page began to rise sharply and now stands at over £30 million.

Mr Russell said: “My colleagues and I have been touched greatly by Captain Moore’s truly inspirational efforts to support the NHS by raising this astonishing amount of money.

“It is our privilege and pleasure to grant him the Freedom of the City of London by Special Nomination, in recognition of this remarkable achievement and on a more personal level, for his generosity of spirit and commitment to this cause.” 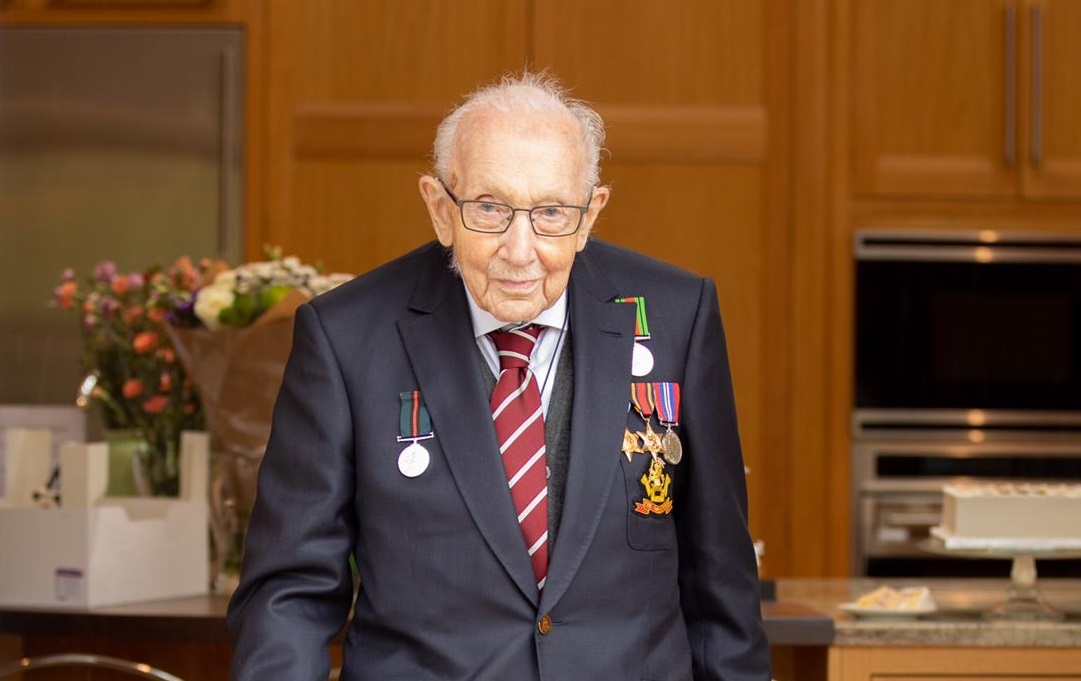 Ms McGuinness added: “Captain Moore’s hugely admirable initiative, which has been supported generously by so many people, will benefit the NHS charities’ vital work to keep people safe and save lives in these challenging times.

“At the age of 100, Captain Moore has become an unlikely, but cherished, role model and as well as making headlines around the country, he will be making history in the City, because his Freedom ceremony – to be conducted via video link – will be our first ever ‘virtual’ ceremony!”

Among the many tributes paid to him, Captain Moore has been given the title of honorary colonel by Sir Mark Carleton-Smith, Chief of the General Staff, and called “a one-man fundraising machine” by HRH The Duke of Cambridge.

Earlier this month, he was invited to open – via video link – the NHS Nightingale Hospital Yorkshire and the Humber, which was, until recently, Harrogate Convention Centre.