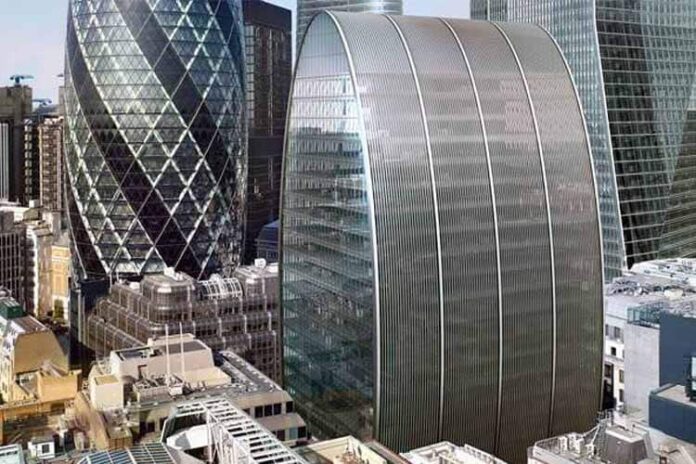 ONE of the Square Mile’s oldest streets is set to be closed to traffic as part of a deal to build a new office block nicknamed the Can of Ham.

Construction of the 24-storey building will see a part of St Mary Axe between Bevis Marks and Houndsditch transformed into a “new public space”, prioritising pedestrians and cyclists, and banning all traffic except emergency vehicles.

The planned closure was unanimously approved on Tuesday by the City of London’s streets and walkways subcommittee.

Committee member Graham Packham hailed the redevelopment: “This just reinforces our policy that pedestrians are our top priority.”

The planned closure was “strongly favoured” by the developer, TH Real Estate, which has also agreed to finance the entire project, worth an estimated £1.5million.

The Corporation said the transformation is needed “in order to meet future increases in pedestrian movement”.

Transport assessments showed that pedestrian numbers on St Mary Axe at peak times are expected to double from the current 1,500 to 3,000 by 2026.

Committee members raised the concern of a possible conflict between cyclists and pedestrians on the redeveloped street, to which it was agreed that cycle markings and signage needed to be incorporated into plans.

The 295ft office block will be located at 60-70 St Mary Axe, in close vicinity to the Gherkin.

The tower received planning approval in 2008, but was put on hold due to the financial crisis. Construction is set to commence this autumn, with a completion date of January 2019.