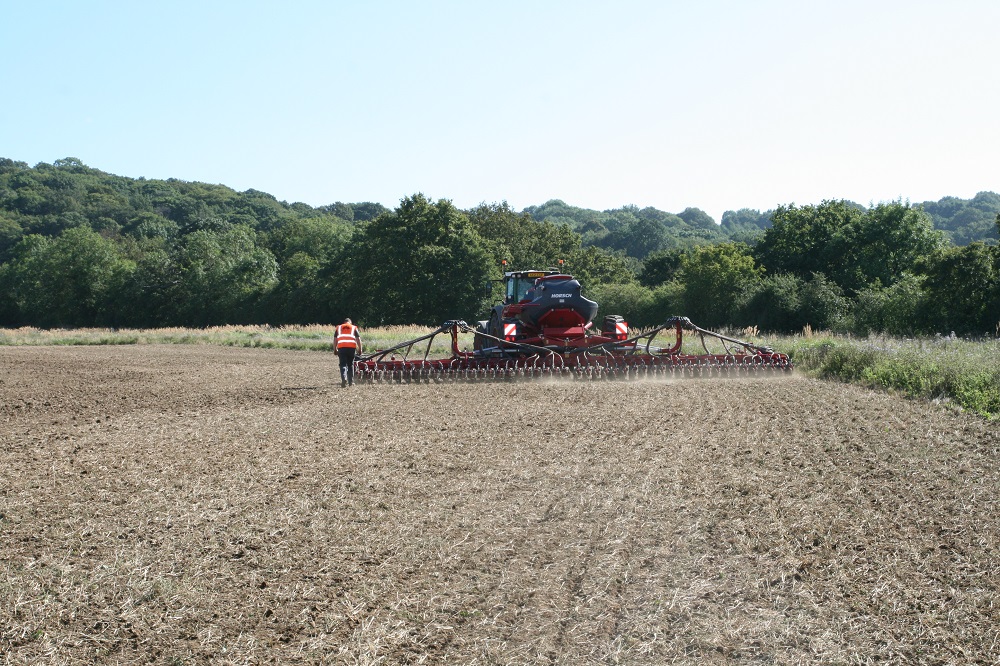 A 42-acre wildflower meadow has been sown in land surrounding Epping Forest as part of a new scheme fighting climate change.

The City of London Corporation, which protects Epping Forest and its adjacent ‘Buffer Lands’, sowed the meadow as part of its new Carbon Removals Project, which aims to remove carbon from the atmosphere by creating new wildlife habitats across its open spaces.

Plants use the energy of sunlight, and through photosynthesis they remove carbon dioxide (CO2) from the air.

The Carbon Removals Project is part of the City Corporation’s wider Climate Action Strategy which commits it to achieve net zero carbon emissions for its own operations by 2027 and to support the achievement of net zero for the whole Square Mile by 2040.

The wildflower meadow, at Patmore’s Field in High Beach, planted on a previously cultivated but low quality arable field, will lock atmospheric carbon into the undisturbed soil beneath this new permanent grassland, and boost biodiversity by creating new wildlife habitats for a range of species, whilst improving water storage and soil health.

This new meadow lies close to other flower-rich grasslands in the Forest and so its value for wildlife will be enhanced, for example by providing greater connectivity for pollinating insects.

The City Corporation protects 11,000 acres of green space in London and south east England – including Epping Forest and Burnham Beeches – and over 200 smaller ones in the Square Mile, investing more than £40m a year. These sites, most of which are charitable trusts, are run at little or no cost to the communities that they serve.

They include important wildlife habitats, Special Areas of Conservation, Sites of Special Scientific Interest, and National Nature Reserves and are protected from being built on by special legislation.

These sites already remove around 16,000 tonnes of carbon from the atmosphere a year, equivalent to 44 percent of the organisation’s annual carbon footprint.

Chairman of the City of London Corporation’s Epping Forest and Commons Committee, Graeme Doshi-Smith, said: “Scientific evidence shows that the climate is already changing and we need to act now if we are to limit global warming.

“Climate change is a serious issue affecting everyone on the planet. And it’s clear green spaces can play a major role in cutting carbon from the atmosphere.

“This project demonstrates our commitment to tackling this global problem at a local level and it’s exciting to be making pace with this work.”