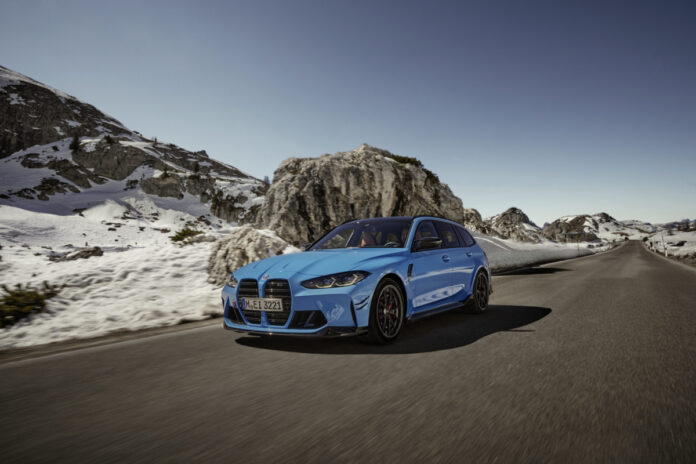 Fancy yourself a bit of an amateur tour driver? Well, BMW is providing the keys to a motor in which you can prove it.

And its stand-out-from-the-crowd factor can be dialled up yet another notch with the addition of model-specific BMW M Performance Parts – available from the launch of the M3 Touring, which gets underway in November 2022. That means one thing and one thing only: the family wagon is getting a serious injection of awesome. 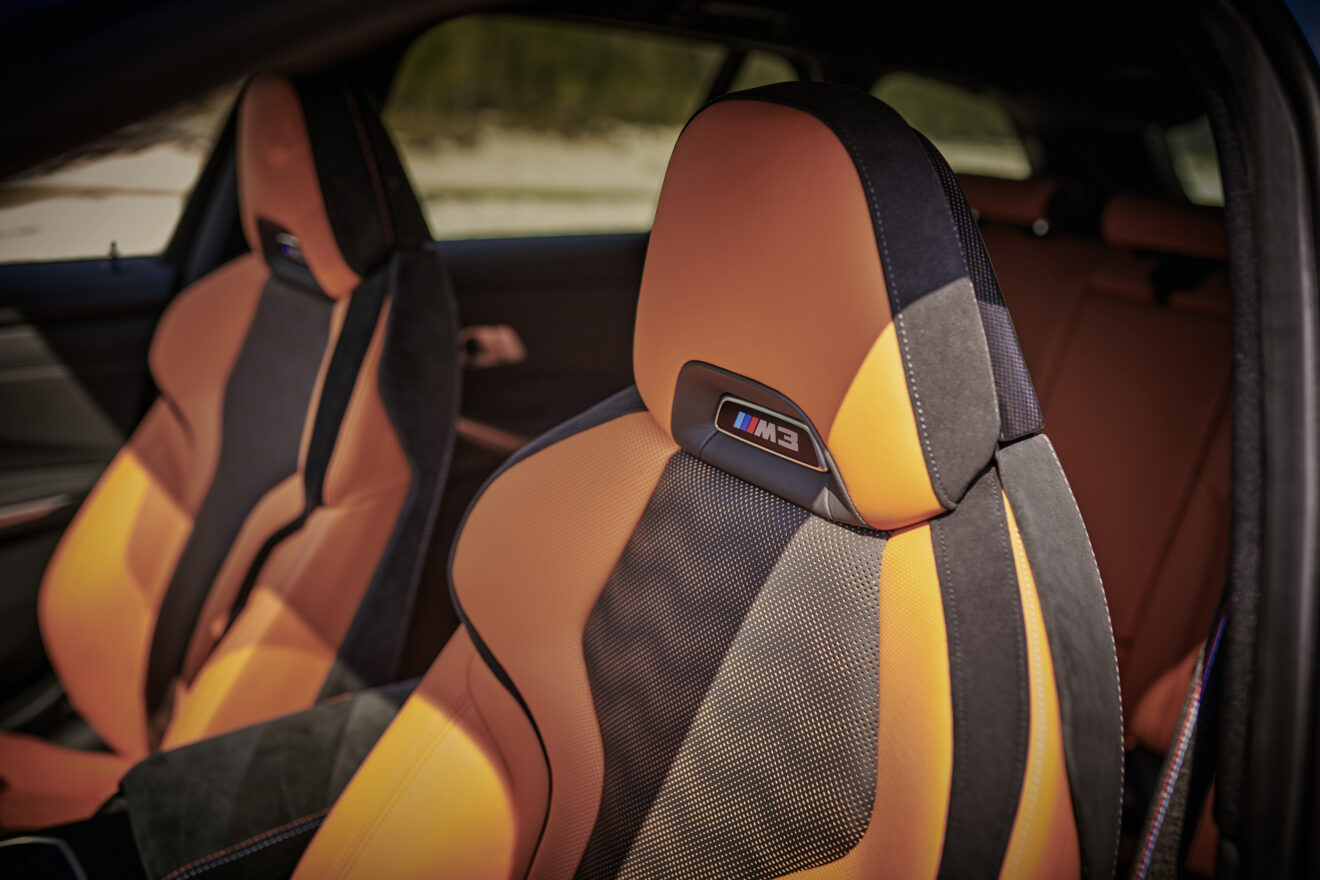 The motor sport feel is immediately evident inside and out, with an eye-catching figure opening up to a slick interior that will have passengers feeling like they are about to hit the track – even if they are only buckling up for a trip to the supermarket.

A broad selection of M Performance exterior components developed specifically for the M3 Touring shine a bright spotlight on the motor sport genes at the heart of the new model.
All the carbon-fibre components are made from CFRP (carbon-fibre-reinforced plastic) with a clear coat finish, and hone the car’s sporting looks from all angles.

More smart use of carbon fibre creates a front-end appearance clearly inspired by DTM touring car racers, while exterior mirror caps and even more carbon fibre-crafted winglets and a diffuser, plus roof spoiler, make the whole package look exceedingly fast, even when in neutral. But the eye candy doesn’t end there.

The flash titanium exhaust system underscores the extrovert sporting character of the car with a central quartet of exhaust tailpipes, and puts smiles on faces with full-blooded racing-car acoustics.

The rear silencer and sporty tailpipe trim module – both all-titanium – boldly accentuate the characterful soundtrack of the six-cylinder in-line engine with M TwinPower Turbo technology, and a lightweight design ensures the silencer is around 30 per cent lighter than standard. 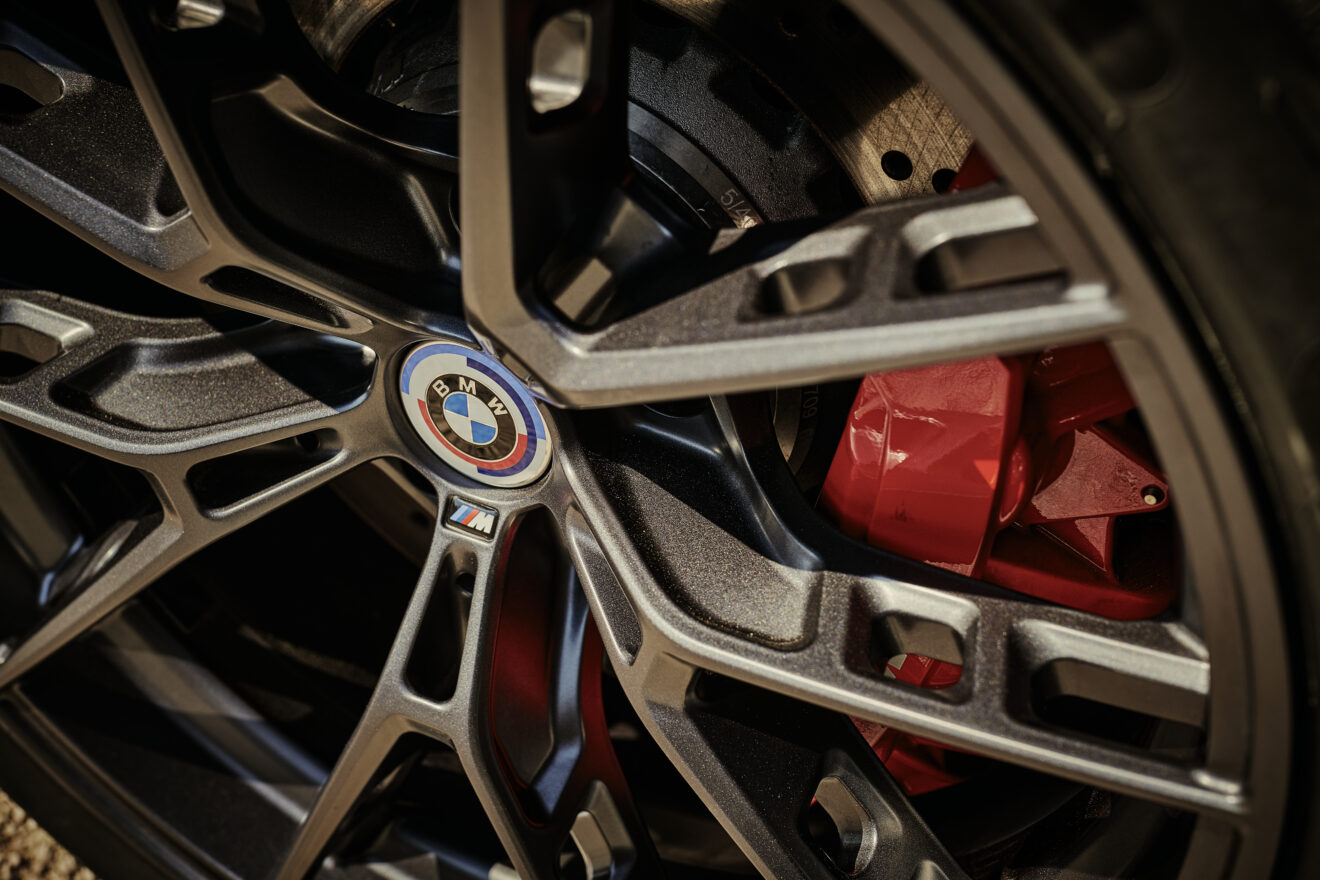 Impressive driving dynamics are further enhanced by the height-adjustable sport suspension. By lowering the coilover system – and therefore the car’s centre of gravity – and reducing rolling movements, it enables higher cornering speeds – just be sure to keep it under the limit, folks. Of course, many will be wondering about the discs all this roll out on. Each wheel is sculpted from a single piece of aluminium and machined with great precision (as you can already tell), with the rim base rolled out using a flow-forming process.

The Y-spoke design has a particularly intense racing-car character. They are 19 inches at the front and 20 inches at the rear, and all have central locks – with further upgrades available for those who really want to take things up a gear.

Inside the spec list is equally impressive, with the motor sport aesthetic as unwavering as a driver pelting into thehome straight. Backrest covers imbue the driver’s and front passenger seats with a high-grade racing-car aura, while carbon-fibre head restraint trims have enhanced visual appeal courtesy of a polyurethane lacquer finish and are high-gloss polished. The rest of the rear panel is trimmed in exquisite Alcantara with an integrated aluminium ‘M Performance’ badge.

Setting the seal on the exclusive racing car cockpit ambience is the centre armrest in Alcantara, which adds an extra flourish with its decorative stitching in BMW M GmbH colours and ‘M Performance’ badging.

Safe to say, if touring is your scene, this drive promises plenty, not only in aesthetic, but raw, rally-esque performance.

All images courtesy of BMW Group.