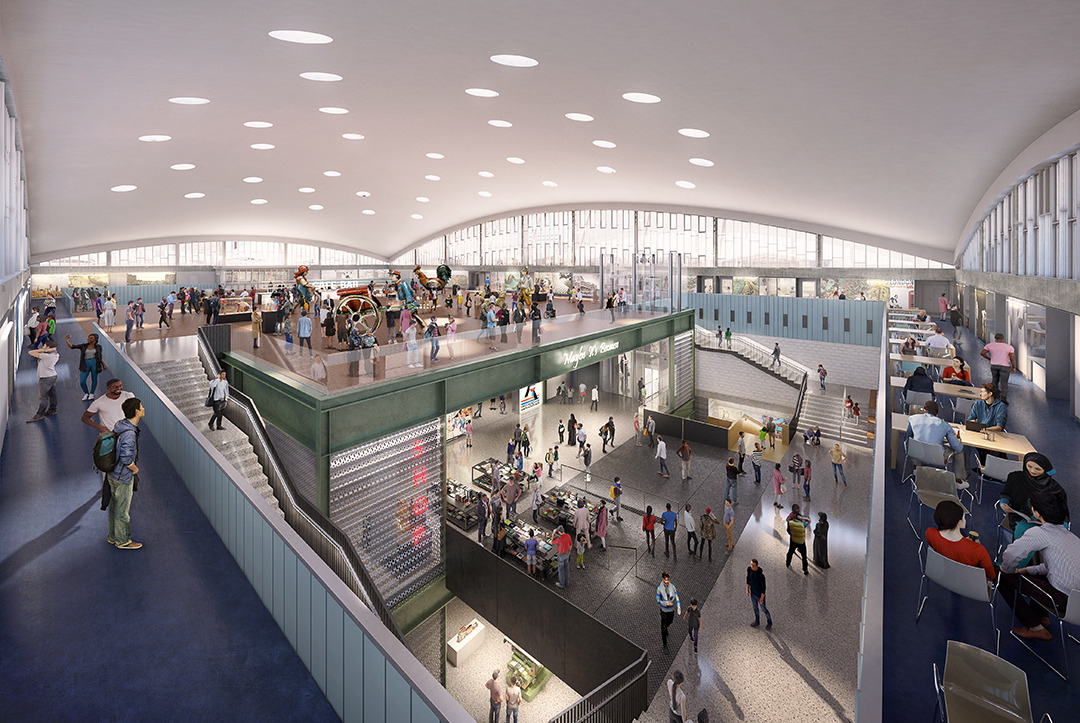 The Museum of London has got the go ahead to transform part of the historic meat and poultry market at West Smithfield into a £332 million “world class” museum attracting an estimated 2 million visitors a year.

The ambitious plans are aimed to propel the museum onto the top 10 visitor attractions list. However market traders said they still needed to use the Poultry Hall, which is part of the museum’s plans.

The “exciting” plans were approved after a lengthy debate by the City of London’s planning and transportation committee  and will now go to the Mayor of London. Councillors were concerned about whether the market traders could co-exist with the museum.

Visitors will go on a journey through time when they arrive at the multi-million pound museum – described as one of the biggest cultural projects underway in Europe.

The museum will move into its new home in dilapidated 1883 buildings at the historic meat and poultry Smithfield Market, near Bart’s Hospital.

The new museum has been designed by Stanton Williams and Asif Khan, with Julian Harrap Architects.

The City of London Corporation gave £110m towards the costs and the Mayor of London contributed £70m. The Corporation and Greater London Authority run the museum. The City also runs the market.

Visitors will be able to arrive by the new Elizabeth Tube line which will pass through nearby Farringdon station when it opens.

The museum plans to be open 24-hours as a “new cultural destination” as part of the City’s cultural mile.

It means it can display more of its treasures – from fatbergs to fashion – with 30 school visits a day. Visitors will also be able to peek into the store areas to see even more items from London’s past.

The basement takes people down to a “captivating” view of  the  “hugely impressive” Victorian vaults just near the Roman level of  the city and there will be a window onto a modern day railway tunnel.

However  councillors were concerned that the  plan is “premature” as it  uses the historic functioning Poultry Market which has 27 traders as well as the General Market and Annex which will be transformed into the museum.

Market traders were unhappy as they still use the Poultry Market building and as yet they do not have a new home to go to.

However Greg Lawrence, chairman of the Smithfield Market Tenants Association said there was “uncertainty” about the long-term plans for the future of the market and the possibility of a move to Barking in East London.

He said: “They have not considered the disruption and disturbance caused to market traders. The current plan is half baked and creates uncertainty about the long-term future of Smithfield Market.”

The museum’s director Sharon Ament said: “I am genuinely sad” to hear about the traders’ concerns.

“We really do relish the opportunity to operate beside a thriving meat market.”

One of the three councillors who voted against the scheme, Will Upton, said it was an exciting plan but “I’ve not been satisfied that this can work at all.”

The scheme won the backing of 70 heritage bodies and  the man behind Big Brother and Deal or No Deal, television executive and former Arts Council chair Sir Peter Bazalgette.

He wrote: “It’s an inspiring, imaginative and sympathetic use for Smithfield, an important heritage site. It will hugely extend the Museum of London’s appeal and reach. And this is important because the story of one of the world’s great cities is also one of diversity which we can all have a stake in.”

And Sir Simon Rattle, the musical director of the London Symphony Orchestra, which wants to move into the site at the existing museum also backed the scheme.